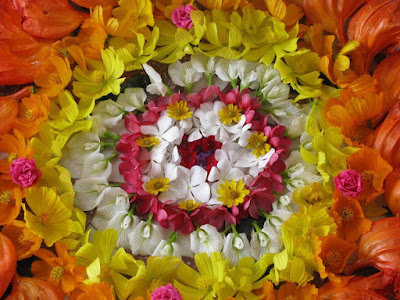 You don’t find stories, stories find you. Some stories find ways to reach you, as comics or movies. One such story that fascinated me in my childhood was Mahabali and Vamana. King Mahabali ruled Keralaputra, today’s Kerala. Vamana was an avatar of Lord Vishnu, who came to Keralaputra and decimated the power of Mahabali, by sending him to the underworld called Pataal.

Mahabali was, in fact, a ‘good guy’. He led Keralaputra, through what could be called, its golden age. Popular songs in the oral tradition corroborate this fact. Although Historians in Kerala would not concede on the idea, Mahabali was a real human being and not just a figment of popular imagination, let me guarantee you that considering Mahabali as a physical reality will not deter one from the quest of knowing, enjoying and re-telling his story. In fact, it will only add more charm.

The original myth suggests that Mahabali ruled his nation in such a fashion that it surpassed in fame and effective handling of wealth the kingdoms ruled by Devas, the demigods. Indra, the king of Devas decided to put an end to the rule of Mahabali, since he thought the rule of Mahabali would be a threat to his own domineering power. This story is strikingly similar to some modern political scenarios, burning issues verging war, in how jealousy is core cause of many conflicts.

Indra, called for help from Lord Vishnu, the superpower in Vedic times. Indra convinced Vishnu of the profits of sabotaging Mahabali’s regime. Vishnu, however, was skeptical of a ground attack and decided to send one of his Avatars, instead. This Avatar was Vamana, a midget, who looked like a young brahmin. He came to Mahabali’s court. Mahabali, by principle was a man of high ethical values, a trait his descendants in Kerala lack in their personalities. Under pressure of his ethical self, Mahabali agreed to satisfy the ‘brahmin youth’ by accepting his wishes. No one had thought that a young brahmin can ask for anything that can shake the base on an empire.

Vamana, the avatar of Vishnu from North, asked the king of the South, three feet of land for him to sit and meditate. Three feet of land sounded better than three thousand gold coins. So Mahabali consented. Vamana took two feet, according to the legend, and covered all available space on the earth as well as in the ether. Now, there was no more space to put his third feet. Mahabali was bound by the promise he gave to the dwarf. So he bowed down and bent his head in front of Vamana, as the third space.

Vamana stepped over Mahabali, but literally putting his feet over his head, and sent him downward into the underworld known as Pataal. When Mahabali realized that he was encountering the avatar of the mighty lord Vishnu, he had no other choice but to cry out for sympathy. There was no other choice left.

Ignorant of the implications, the descendants of Mahabali still celebrate this event as the ‘great encounter’ with the god of Sustenance, Vishnu. This argument is validated in the myth by providing a later part to the story that explains how Vishnu granted a request of Mahabali out of sympathy. The helpless king implored that he wished to come back to the physical world to ‘see’ his decedents. Vishnu, according to the legend, in an extremely felicitous move granted the wish with a small amendment. The lord from the North said, he would allow Mahabali take a yearly visit to the earthly world. It is interesting to note that this legend mirrors closely, various other myths and stories related to Spring festivals, in many other cultures—in the portrayal of death and resurrection.


In Kerala, too, a yearly celebration derives its roots from the legend of Mahabali—Onam. The beloved king coming out of the underworld as the metaphor for a seed germinating into a plant represents its closeness with Spring festivals. This celebration, in Kerala, however, is known with the extremely sophisticated title--”agricultural” festival. Although ‘agriculture’ denotes fertility and germination of new life, it is restricted in a sense, representing products of strictly executed laws of plantation, unlike ‘Spring’.

‘Spring’ represents a more liberated side of life, than ‘agriculture’. In other words, the attempt to address Onam, the Eastern counterpart of Spring festivals, in Kerala, as an ‘agricultural festival’ is also an attempt to prefer totalitarianism to cultural liberation.

If we go back to the myth of Mahabali, we may also find the story of a successful political invasion. In his cunning diplomatic moves, Vishnu, the superpower usurped the kingdom of Mahabali, and exiled him into the depths of darkness.

Folklore, songs, oral tales stand as proofs for the legendary king Mahabali and his creative and prosperous rule. If one analyses the myth in its current format, it is hard not to be surprised at the paradox that is inherent inside this myth and the celebration. If Mahabali actually was a good king, why did lord Vishnu exile him?

An argument is that the royal propagandists spread the legend of Mahabali in order to project the good image of the king. This argument is valid and we can accept it too. But when we consider the political implication of a powerful ruler usurping another kingdom merely to satisfy someone else’s jealousy, the case is more serious.

I call this phenomenon the ‘Onam Paradox’. This paradox, of a good king being exiled by the ‘god of Sustenance’, Vishnu, is retained in school and college syllabi. As a child, when I read the comic book with Mahabali and Vishnu as the characters, I asked myself the same question; why did Mahabali suffer? Perhaps, you know the answer. This paradox has never been addressed academically or publicly, even to this day. Then why do we carry this myth in our minds unquestioningly, still? Perhaps, it is meant to make people remember the humongous injustice done to Mahabali by one of the ‘lords’.

Stretching this idea a bit farther, it becomes clear that Vishnu hadn’t actually relegated Mahabali by exiling him. Such is the nature of this paradox. Although lord Vishnu was forced to take a decision in favor of Indra, he maneuvered in the conditions provided for Mahabali’s exile. Vishnu did it by giving never-ending life to the king! Mahabali was given a chance to return from the exile, much like the Spring.
- September 14, 2013

Happy onam sir.
A different and interesting rendering of a cliché story

A really good article indeed. One more paradox is there in the story: As some believes, Vamana didn't send Mahabali to Pathala, but to Sutala, a better world than earth it seems......