The Disease of Extroversion: Noise Vs Silence 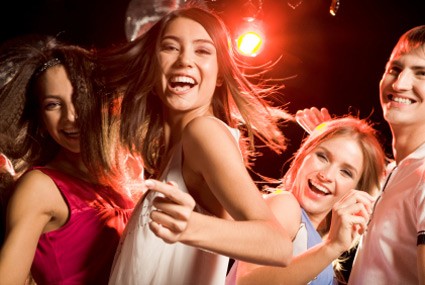 Extroversion has become the norm of success. Within the Indian context, there was a time, fifty years back when a person’s inward character was more important than how he or she performed outwardly. With the technological renaissance and the growth of new educational institutions and their revised curriculums, the culture started favouring the outgoing ones. Speaking out became the norm and silent contemplation was looked down up on as a debilitating practice, in need of some severe personality training.

Corollary to this cultural move was the rise of personality trainers in India. The boom in B-Schools in India and their promotion of the exuberant selves are examples that can prove my point. Even English language training institutes focus on the sociable side of individuals and those who cannot bring themselves up to the interactive standards are considered failures. In fact, the sheer number of such institutes nicknamed “Spoken English coaching centers” in each area, from villages to cities in India, is a proof that a culture has slowly waking up to the spell of Personality.

In Quiet: The Power of Introverts in a World That Can’t Stop Talking author Susan Cain argues that introversion is not a bad habit, but it’s a personality type, much like what Carl Gustav Jung had postulated in the early twentieth century. Susan Cain provides the clear image of how in the US, during the early twentieth century, the ‘Culture of Character’, which was the norm up to that period, changes to the ‘Culture of Personality’. This was a result of the financial boom and the rise of the cities.

In order to satiate the desire to live and survive the dream of success, showman persona was the best clothing people prefer to put on. Ever since the boom in the industry and the growth of the cities, the salesman has become a reference point for agreeable personality types.

I remember one of my old friends was so fascinated by seeing a few salesmen working in an exhibition in the city that he even fought with the two of us, who accompanied him. The two of us never gave a shot to impress the attention of the salesmen, however, our friend was playing the chimp of the zoo in front of them. The two of us were so absorbed in the exhibition that we both walked off, without shaking our heads at the salesmen or returning those warm smiles they radiated. The truth was that the two of us were uncomfortable at the thought of greeting a stranger, in other words, introverts.

Susan Cain even brings up a case against religion, in Quiet. She points out the necessity to communicate and participate in group related activities, in many evangelical groups. These activities undermine introverts. She describes it with reference to the personal experiences of a pastor named in the book as Pastor McHugh. According to Ms. Cain, “Many evangelicals come to associate godliness with sociability.” (70) Pastor McHugh had taken the Myers-Briggs personality test and realized that he is an introvert. Being an introvert in a celebrated world of extroverts and “gregarious” leaders is indeed a hard factor for him, we learn.

This is where extroversion becomes pathological.

An individual loses his faith in himself and his existence just because the world around him is blindly forcing upon him an ideal of outspokenness and gregariousness. Sociability and teamwork becomes the ultimate mantra of corporate success. Only those who can afford to build a company in their garage on their own can remain introverts without the fear from intrusion from the society. Susan Cain alludes here to Larry Page and Bill Gates. The urge to be better indicates the essential conviction of a certain lack in the personality. This awareness becomes negative when it comes to professional and personal fulfillment.

“[H]ow did we go from Character to Personality without realizing that we had sacrificed something meaningful along the way?” (33) Susan Cain asks the readers. The incessant longing to influence people through outward ‘performance’ marks the Culture of Personality. The Culture of Character, however, focuses on how an individual behaves in private.

Of course, both personality types have their own roles to play in our society. When only one personality type is preferred over another and all other types are suppressed, one can only wonder where healthy social behavior ends and the disease starts. Quiet: The Power of Introverts in a World That Can’t Stop Talking tells us that the introverts are not in need of some ‘cure’. The society, on the other hand, should cure pathological extroversion and accept the useful strategies, gifted naturally to the introverts.

This book review is sponsored by Mysmartprice.com.
- September 10, 2013

hi,
Very happy to see this blog. It is very nice experience while going through your creatives. Will visit again I am available here
Thanks