Exam Preparation Plus One: Learn these New words from HIS FIRST FLIGHT by Liam O’Flaherty 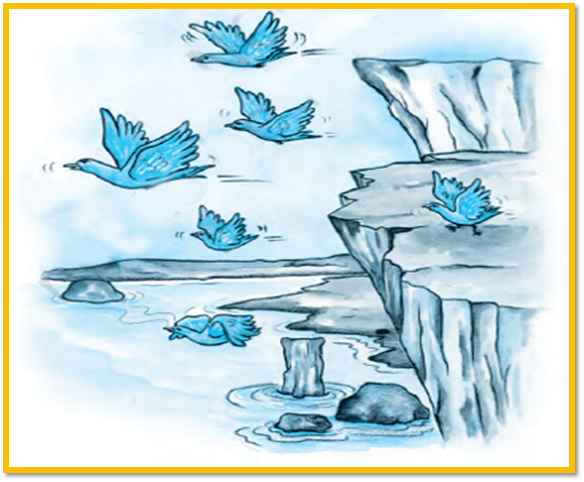 Seagull= a popular name for a gull.

Gull= a long-winged web-footed seabird with a raucous call, typically having white plumage with a grey or black mantle.

Ledge: a narrow horizontal surface projecting from a wall, cliff, or other surface.

Flap= (of a bird) move (its wings) up and down when flying or preparing to fly.

plateau (N)- an area of flat land that is higher than the land around it.

scold (v)- to speak angrily to somebody, especially a child, because they have done something wrong

gnaw (v)- bite at or nibble something persistently.

daintily(adverb): in a careful way that suggests good manners

Means (N): a way of achieving or doing something

beneath (Preposition): under somebody / something

Doze (V): ​to sleep lightly for a short time

Preen (V): for a bird to make its feathers smooth with its beak

Hump (N): a large mass that sticks out above the surface of something, especially the ground

Whet (V): to increase your desire for or interest in something

Self-reliance (n): Reliance on one's own powers and resources rather than those of others.

Commence (V) = to begin something