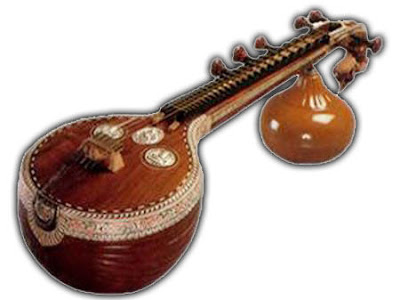 The musician was quiet. Not literally, though. He had been silent long enough now that the people associated with him started worrying about his career. One day his assistant asked him: “If you continue to be lazy like this, it’s not just you who would starve, but all of us and your family along. We would be charged with cases for not carrying out our professional commitments.”
“I know.” There was a pause. “I was taken in by the sudden success I had and was creating a lot of music at a time. At one point, it ceased to seem music any more. It was just a noise. Too much noise. And in this noise, I failed to listen to the music of my own heartbeat. I am mending my mistake now, by listening to myself in silence. Be with me.” The musician fell silent again.
- May 26, 2011 3 comments:

"In Facebook we are lucky. We have the like button to say that I like it. But in life, we are under huge trouble. Since, no word could match the way we feel when we like someone."---Anu 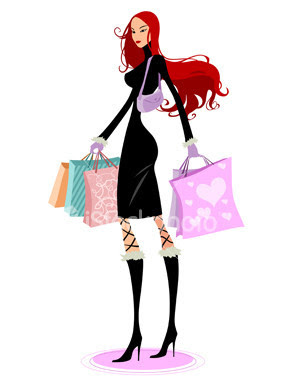 You feel you live in a democracy. You just feel. That is what democracy does. It makes you feel. Many times I felt that democracy itself is a feeling. You feel a lot of other significant emotions alongside, too. Like freedom, for example. Is freedom a feeling? It can take up a whole two thousand words argument and still can remain chaste. Doesn't it hurt you when you are not free to do anything, say to move out with your boyfriend? Indeed, and so freedom belongs to that above mentioned category of psychological traits—feelings.

As we have started a healthy discussion about feelings, let us continue with it. There is a lot more to discuss. And it can exceed any word count again. You are not just a box of feelings, like the old time gramophone. You are a complex being. You belong to a better category, a genre that hasn’t yet maligned by the presuppositions. If you are in a new territory undiscovered by any one, you are lucky. You are experiencing the most original of the earthly scene, untouched by any eye, not even a thought. Instead, what if you were living in a completely known, predicted place, like the moon or the craters of mars, you might get so accustomed to what others have to say rather than exploring your original creativity. This is exactly what it means by being different. You are in an unknown, undiscovered land. No one suggests upon your what-to-dos and how-to-dos. You are the master of your creativity and originality. Your difference spills from your soul into the depths of every shallowness and makes it deep, really deep.
One day you find yourself locked up in your house. You think it as an intellectual closeness to Kafka and check the daily news paper, to know literally what had happened. You look around. No one is moving. Nothing is moving. No kid goes to school, and no adult goes for work. It seems a public lazy day. It is surely not a holiday, since holidays have such a hidden charm in them that they make you alert from its early crow itself that it’s a holiday. You plan for a shopping expedition, attending a marriage reception, and many more funny things. But it’s not exactly what you feel. You feel lazy like every one else, and you sleep. That day is called the Hartal day.

You are a different person; complicated. And so you don’t want to be like others. You take it as an opportunity to learn. You learn one of the best lessons of life in : adjustment. You adjust with others, learning each moment. You are different and you must understand what it means to be different.
- May 19, 2011 2 comments:

The Snowflake and the Sun

A wind from the Far East crossed the Himalayas one day, full of moisture. The moisture condensed. The high cold weather that was usual in the region, transformed the moisture into an ice flake. The wind was pleased greatly, because it had given birth to a baby.

After a year the wind returned to the mountains to meet her child, the snowflake. The snowflake was happy to see his mother, too. Seeing the snowflake sparkle with happiness, the wind asked, “Why are you so happy my child?”

“I am happy to see you mother. And I know this too, that you will be traversing over the oceans after leaving the mountains.”

The sun, who was bright over them that time, heard what the snowflake and the wind had said. It is surprising how a snowflake living in the high mountains knows about the oceans, the sun thought. It embarrassed him, because he had never expected the snowflake to know a lot of things. He decided to talk to the snowflake.

The sun talked with the snowflake with its rays of light. He asked: “How do you know about the seas?”
The snowflake replied: “I have heard about the seas from the pilgrims who pass by this mountain peak for the nearby holy place. I have heard them compare the vastness of the mountainous terrain and the depth of its valleys with the oceans.”

The sun felt a little awkward and small at the awareness the snowflake possessed, of the customs and thoughts of humans. “You seem very happy. Why?” The sun asked.
“I am happy, because I have a dream.” The snowflake replied.
“What is it?”
“To meet the sea in which even bigger mountains drown.”
Upon hearing this, the sun became infuriated, and said: “Are you belittling the high mountains and praising the sea? You are a snowflake, destined to live forever in the peaks of this mountain. How can you even think of such a thing as meeting the sea?”

“My dear friend,” The snowflake said peacefully, “You are going to help me achieve my aspiration.” He smiled cheerfully with a gleam at the sun.

The infuriated sun had smeared the snowflake with enough hot rays that by the time the sun could see it the snowflake became hot and melted down. The wind cried aloud, seeing her child being killed by the sun. But then there was a voice. It was from the water, which was the snowflake transformed. It said: “Mother, do not cry. I am not dead. Now I can flow down the mountains to the great sea. And you can visit me every year and can hold me in you translucent bosom, while you pass over the sea. It’s just a step in achieving my life’s desire. So do not be sad.”

And he flowed down the mountain and reached the river Ganga. Journeying with the Ganga all through the cities and villages, finally, it merged with the sea.
- May 16, 2011 4 comments:

This is the final i-poem in this series, “Rain i-poems”. This poem is short but says about the perseverance of the drops that make the rain.
Blessings