The series of i-poems titled “Destiny” is completing its course with this seventh poem. Still the question, what destiny is, remains unanswered. And by the way, none of our intentions were even closer to finding an answer. It might be the inherent naivety in human kind that makes me think of an 'answer' at this moment. Of course, this moment too is part of my destiny, which is inevitably ‘our’ destiny after the journey through these poems together. At this moment, I would like to share with you one of my personal experiences which shattered many of my conceptions about destiny.
The other day, I was waiting for one of my old friends in one of the crowded cafeteria in Kannur city. He rang me up at the time when he had promised me to be there and told me that he would be late by ten minutes and that he had met a friend, a girl from his college life and couldn't afford losing her. When he was in the college, he had felt his heart warming for her, but could not make himself to approach her with his desire.
I was ready to wait. After all, it is a matter of love and void. I always felt that the world without love, the antonym of love, is void and not hatred, because even in hatred there is a certain form of love in work, the love towards one’s own righteousness and/or self interest. I could not think of my friend’s life becoming void. It was 8 pm. And I was getting late to reach home, which in effect could be a stupid thing to do as I have no vehicle for myself and rely on the buses. The last bus may leave at about 9.10 at night. But contrary to the expected emotions of anxiety and boredom, I felt enthusiasm in my inner mind. I felt as if I were participating in a holy ritual. The young man, my friend, the cause for my waiting and staying late from home, would perhaps be confessing his love, right now. Then didn’t my waiting represent the aftermath of that miraculous encounter? Didn’t I represent, for that moment, love itself?
The friend came back after half an hour of my waiting. He had a smile, which had the glow of heavenly stars. And I knew what it was for. His eyes seemed to ask me: ‘Don’t you understand?’
I am reminded of another instance. When I met him for the first time, he had asked me this question: “What would you do when your shoes are dirty? Would you change your path? Or your shoes? Any choice you make is equally relevant for your existence. If it happened with our friendship someday that you were forced to make a choice between leaving me or staying with me, just choose. And I will never say word against it, or feel bad about you, what ever your choice would be.” I still find it inappropriate to call it a coincidence how we became good friends, later. Somehow he might have known it, the first day he met me and told me about the path and the shoes.
Destiny was the moment one thought of the path and of the shoes, when one felt the path and pedestrian both in one, the moment in the cafeteria, when I was one with love.
Here is the final step in our journey to meet destiny;

Destiny—7
With you,
Even my loneliness is full-
Of life, beauty and depth.
You are the river,
And with you I have the possibility,
Of being drowned.
- July 23, 2011 9 comments:

You reminded me of a river,
Static yet full of motion.
I saw the horizon,
In the red of your eyes.
The river became you,
The horizon became your eyes.
I lived in you, following my destiny,
Rising and setting.
- July 21, 2011 3 comments:

“Love has nothing much to do with memory. But often we forget and fall in love with memories.” –Anu.

From what I knew,
The world without you was a desert.
But when I reached there,
Even the grains of sand,
And the moisture on the morning rocks,
Reflected you.
I lost myself,
And found you everywhere.
- July 19, 2011 5 comments:

"The sun reflects you every other moment, but you only see a shadow."--Anu

My body is heat.
My eyes, windows opened in search of breeze.
I am the sun and it’s my destiny,
To live my death,
Married to eternal loneliness.
- July 18, 2011 4 comments:

"Evening is the destiny of stars, which pulls them out from behind the blinding clarity of daylight."-Anu

I borrowed your shadow
To meet with mine
And to reach the end of the world
Before the evening comes.
- July 16, 2011 4 comments:

Some say destiny is that point in life when the control that one is believed to posess over life becomes useless. They even blame God for being so cruel as to burden them with those inadequate destinies. Indeed, destiny is a point of awareness, but not because God is cruel. On the contrary destiny is a point of awareness and learning and God interferes into your life and becomes the best teacher ever. But as we all know, good teachers are not always flattering or pampering. They become rough when it is needed for better learning.
Here is a new series of i-poems titled “Destiny”. My humble attempt here is to learn what destiny is, through a close observation of how my soul identifies it and reacts.
Here is the second poem in the series as the first one has preceded before a couple of posts, under the title "Destiny"

Destiny—2
The destiny of everything deep
Is to reflect and everything wide is to absorb.
But in your eyes,
I neither found myself,
Nor lost the sense of what I am.
I am lost in the ocean;
A dreamer of the stars.
- July 13, 2011 2 comments: 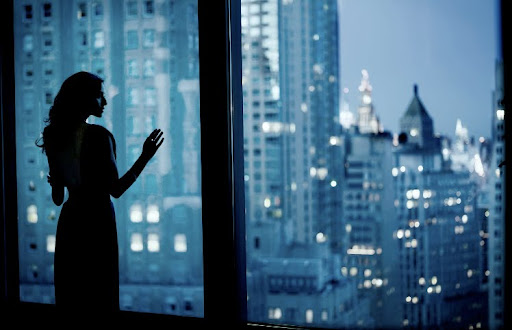 This night, like sadness,
Hides every eye
Behind its veil.
Though, stars are born
Out of much darkness,
Look close,
In my hopeless world they are,
But tears, reflected.
- July 02, 2011 4 comments: