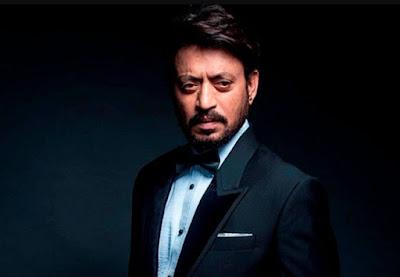 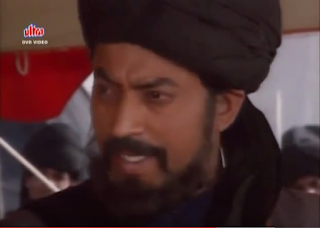 Perhaps the story "The Magician who Vanished" is about Irfan Khan. In the story, a father passes away and the son is having difficulty accepting his death. The son blames himself for his father's death. Right then, someone comes along and gives the boy a perspective that changes his and his mother's life.
A lot of things could magically align to tell us that we are something more than 'mere' animals. This is one such moment.
Irfan Khan has left a legacy that the future generation of artists and film enthusiasts would look up to.
Irfan Khan, may your soul find its abode in heaven. May your soul rest in peace.
Note: You must read the story titled "The Magician who Vanished" published in Pratilipi App in order to see the symbolic connection I am talking about.
LInk here
- April 29, 2020 1 comment:

CRUEL AND UNUSUAL BY PATRICIA CORNWELL: A Review 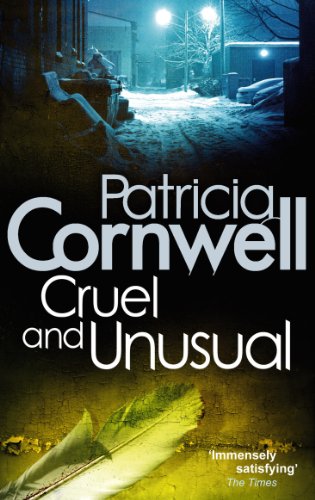 Dr Kay Scarpetta works as a chief medical examiner in Virginia, USA. Her job is to inspect dead bodies. Bodies are brought to her for postmortem analysis. They arrive after a death sentence, murder, or accident. Her office is practically in a morgue.

Cruel and Unusual is written by Patricia Cornwell. This novel deals with the cases attended by Dr Kay Scarpetta. A mere description of the work Dr Scarpetta does in the morgue is a thriller in its own right. It has its mystery too. A lot of dissection and description of human anatomy churns one’s stomach.

My attention was hooked from the beginning. I wanted to see how this novel branches out to be a detective-fiction. I had read in a review that is the best detection fiction since Sherlock Holmes. That’s a huge credit. I am not a Sherlock Holmes fan. I had stopped reading detective fiction ever since I left high school. During those days, I used to dream about writing books. Now I write books. The difference is that the latter is a whole new deal. So the craft of writing detective fiction attracts me. I am just curious. How does the author pull off the investigation bit without boring the reader?

Dr Scarpetta, Marino, and Benton discuss the complexities of a case. They were investigating several deaths in the city. They were looking for a connection in all those deaths. These characters just sit and talk through their findings. It is interesting to see the dynamics. First published in 1993, Cruel and Unusual uses several computer references. These references are pre-millennial references. They deal with programmes such as UNIX, and commands, and dial-up internet. For someone like me, this seemed like an alien language.

Cruel and Unusual is not a long book. It’s short and open-ended. Warner Books published its first edition. This is the fourth book in the Kay Scarpetta series. This is the first book I read, written by Cornwell. I didn’t feel disconnected or lost. The story was intriguing. The plot was good and fast-paced. The language used is predominantly feminine, in the excellent vocabulary it is knitted with. It’s also a page-turner.

There are areas where I felt the plot being dictatorial. The plot tries to gain control. Characters find themselves in predicaments what to say and which words to utter. I come across such difficulties as a writer. That was why I could notice it. It is better in such situations to liberate the character from the plot. Of course, that will certainly make the book bulkier. The plot would go out of hand. The story has taken a new direction then. It takes a lot of effort to bring the story back to the old plot.

The copy of Cruel and Unusual was bought from a secondhand bookstore. It’s an old box cart near the stadium complex, Kannur. The stadium complex itself is as old as the city. So was the bookseller. His book cart is located near the bus stop, close to the road. He has vitiligo skin, decent nature and a sharp wit. His sole income is selling these used books. So he may appear unkind while bargaining for better margins. The paperback copies of Patricia Cornwell books are highly-priced on Amazon. I saw the used copy on his book cart. I asked for the price. It was just one hundred rupees. I decided to buy several more books. So he gave me some discount. The volume was a dusty one, but sturdy.

The novel moves through the life of several characters. The denominator is Dr Kay Scarpetta. This is unlikely of the books I have been reading recently. One example is a Jack Reacher thriller by Lee Child. The focus would be on one problem alone. The novel ends by solving the problem. In Cruel and Unusual, the problems are many. A realistic point of view is at play that only a woman can understand.

As a novelist, I took home many things from this book. The most important of them is the structure of the plot. Every writer expecting to be successful knows one thing. The reader should care for the protagonist. How do we make the reader care for the character(s)? One sure-shot idea is to make them family creatures. Alex Cross created by James Patterson is one such character. The reader instantly roots for Alex Cross due to the way he treats his family. There is identification. The protagonist’s association or dissociation with the family could prompt the reader to identify with the character. This process is important in the success of the story.

The writing of Patricia Corwell is masterful. Often, we see books labelled as thrillers. Most of them don’t deliver what they promise. Patrica Cornwell gave me a good scare a couple of times. That meant I wasn’t in just for education. Corwell’s hypnotic writing excites as well as it instructs. I am truly satisfied reading my first adventure of Kay Scarpetta. Patricia Cornwell is a writer I’d look forward to reading. I have another of her books with me, bought from the same place. But that’s another story, reserved for another day.
- April 16, 2020 No comments: