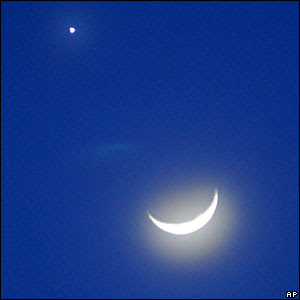 It was the 29th day of the month of Eid. I thought the next day, there would be moon. But it didn't come. I was at home, watching every news and every other programme, sick with flu. There was nothing else to do. My eyes were on Eid special programmes on the TV.

The other day, I saw Murshid had called me on my mobile, but I didn't hear, for my cell had been in silent mode. Three missed calls. I rang back. It was hard for me to reject him. But I rejected his invitation for the Eid feast the next day at his home. He had told me before that, he would invite me to his home for this Eid. I was really excited. His Mamma's cooking, as he had said, was superb. But there was no other way for me. I was in sick bed.

My stomach was churning at times. I could not recognise whether hunger or thirst caused my stomach to move and burn. I felt like vomiting, but didn't vomit. I didn't feel thirst and hunger as I felt usually. At times, I thought I needed food and ate something. I took w

ater at some other instincts. It was confusing and tiring. It was difficult for me to identify whether I was hungry or thirsty. All these tribulations were parts of the flu.

Another friend of mine, Saleem also invited me, but I turned him down as well. In the case of feast invitations, this year I am luckily, wealthy. The previous year on the other hand, I was not.

I celebrated this year's Eid with my flu. Hoping to be wealthy with invitations the next year and also to be able to accept them.

I would like to thank both of them for their kindness. May God bless them. 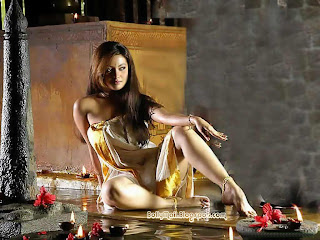 Someone said, when you have nothing else to do, you make love. I have doubts on the credibility of this sentence that is, on the way things turn around into, love making. It is not that I have quoted it and so I believe it. I have quoted this sentence just to show how horrible and lonely I felt, during the previous week. Isn't it horrible to be away from your work for the whole week and that too, not having a girlfriend near! My plight will not strike some if they know that I have no girlfriends at all. So how can I have a girlfriend near, if I have none!

There are many reasons not to have a girlfriend. The primary reason is the difference in the thinking of the common society and this author. The second reason is the typical Malabar girls, who are a necessary product of this conservative, orthodox, narrow- minded society. The way things run here, is really interesting. Every girl is made to believe that the reason for their existence is solely marriage. They should find their heaven or hell under the feet of their 'puruwan' or, man.

Do not misunderstand this statement as a subjugation of women. There is no such 'big deal' h 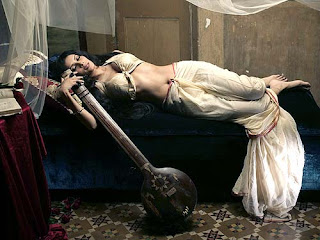 appening. In the case of dowry and house assaults, Malabari women suffer the least. Not only that, but after the marriage, they become, in most of the homes, the mistresses or the main decision makers. But don't you dare ask them about this because they prefer humiliating themselves and putting men as the patriarchal masters of their homes, when someone from outside is watching.

There is another truth behind this indirect male subjection. Most of the men live near or in the wife house, and build their world around them. So there is no question of opposing or ruling their wives.

But these are all after marriage phenomenon. Before marriage, these girls are the most perfect Victorian damsels, who never disobey, or trouble their parents through involving in any affairs or relationships. (Or that is what they are supposed to be.). They are taught that sex is a sin and

genital is a rubbish hole through which your urine is supposed to pass when you urinate. Do not touch it, it is dirty!! They flinch and blush in the biology classes and giggle during the movie scenes.

They are taught about cast, religion, and social status. If someone approaches them with a proposal for, love, they will first, think about the religion. Then, the cast of the boy and her. If both are of equal status, they proceed.

You can also find some (not talking about prostitutes), who simply fall in love, smile, and be ready to lie with you, with the fragrance of coconut oil in their tresses and sweat in their unshaven arm pits for, they have special powers to understand whether you are a liar or not. Now, this is very important, understanding whether you are a liar or not because every relationship is supposed to end up in MARRIAGE.

And thus what else can I say, until this day, I am alone...