From the Big Family of Writers 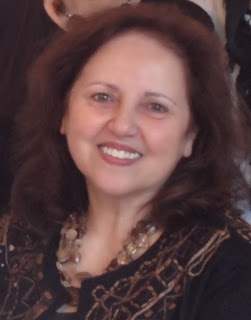 Below is the blog of my beloved friend, guide, and one of the companions of my literary life, (if you say all writers are just one big family). She is now retiring from her duties as a professor after forty years in service. It's a great honour to have befriended her.

That's how it is for me.

In this blog post, Hülya N Yılmaz shares, in a very terse, objective, and unromantic language her immediate thoughts on retirement and how important she finds this juncture. Underneath her words, one could also sense a jubilation on the liberation at hand from the pressing concerns of a career, to use time and opportunities as a writer, her deeper calling.

I wish her a good day. May her words bring blossoms to our hearts.
Go Hulya! Thumbs up!

A SELF-PUBLISHED BOOK THAT THE MAINSTREAM SHOULDN’T MISS 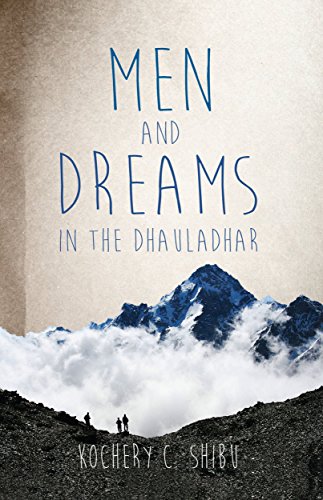 Where is Dhauladhar? The first question anyone might see rising slowly in their mind is this one. If you are missing this question, you are missing the point. You ought to read Men & Dreams in Dhauladhar by Kochery C. Shibu in order to savour the words by the new avatar of Indian literature in English. “The Dhauladhar range (lit. The White Range) is part of a lesser Himalayan chain of mountains,” says Wikipedia. The White Range hides in its shimmering façade, many dark truths of our times. One of these dark truths is the exploitation of nature and men.

The story opens through the account of Nanda, the protagonist who elites from an auto rickshaw. He wants to go to the Dhauladhar range to find work. Later, we learn that his intention is also part of a self-crafted exile. An exile has many faces and sources of inspiration. Nanda’s exile is forced by his desire to live. His story starts in a flashback and takes us to the north of Kerala. The Kalari tradition of the north of Kerala is often cited as the core reason for the violent political killings that happen there even now. The same passion for blood and vengeance is cited in the novel as a reason for Nanda’s journey away from his home.

Nanda reaches the Dhauladhar and the reader is taken on a journey of sightseeing on the area where the dam construction is going on. Only in chapter two, which is marked by the name of another character, Nanda’s mother do we learn about Nanda’s past and connections with the land of kalarippayattu—Kerala. Titled Indumati, this part of the story takes us into the family of Mathathil Madhavan Nair. You can read this part of the story, feeling nostalgic about a literary background that existed in the times of Vaikkom Muhammad Basheer, M T Vasudevan Nair’s early stories and novels, Thakazhi, and the many other stalwarts of Malayalam literature. This gap is presently filled by writers like Benjamin and all. But the essence of the culture and its roots still remain lost in the deluge of literary mediocrity that this culture has been bearing with.

After Indumati, we meet Mangu Ram and his son who aspires to be a part of the dam project rather than helping his father and strengthening his family’s farm. For Mangu Ram, “It was a good feeling to be treated with a little respect.” The whole village area that surrounded the Dhauladhar range was bought over by the corporation by tactics. Mangu Ram is a replica of the mind of the villager on a cellular level. His desires, needs, and worldview are in alignment with the life of the village.

Khusru “had no idea what awaited him on the other end.” He too is on an exile. He begins his work at the dam site. His life turns and twists in a series of events that change our perspective of the innocent-looking boy from the valley of Kashmir. The chapters realign themselves as we are taken back the story of Nanda where we left off.

Like a magnet that pulls materials with the same frequency of vibration, these indelible characters move towards the dam. The dam is built in the Dhauladhar. This novel is significant in terms of how it negotiates the presentation of nature in literature. On several occasions, one may even feel that Kochery C. Shibu has traced the steps of authors like Ruskin Bond and RK Narayan in his storytelling style. A truly Indian tale, Men & Dreams in Dhauladhar deserves multiple readings because it is also a self-published book. Self-published books deserve to be read and analyzed in their own league. Self-published authors do not get the same privileges and facilities as those authors who are published by established publishing houses. The huge capital that is at hand for an established publisher leaves the field undulating and unstable for the rest of the publishing entities (authors as publishes and small publishers).

TRUST ME NOT: The Music of Romance and White Knuckled Suspense

A thriller is a distinct genre. It does not work like a regular form of art. A thriller excites the reader by entangling the reader with its tentacles of suspense. It also carries forward a mission to provoke thoughts in the most unexpected occasions. Trust Me Not does everything mentioned above. The success of Trust Me Not is that it’s labelled a thriller and it delivers what it offers. This is unlike what usually happens in the Indian market, whether it’s books or grocery. Delivering what is promised is a unique art. Ankita Verma Datta has done it.

Reeva’s life is quite ordinary. Nothing out of the box happens to her. She works in an advertising agency. Her daily affairs mostly linger around the office and home. Reeva’s small family consists of her parents and younger brother. Reeva’s gift is the energy she possesses. She is feisty and creative. She also has fears, many forms of fears. This latter part makes her more adorable and relatable to ordinary people like us who live extraordinary lives due to what we fear. 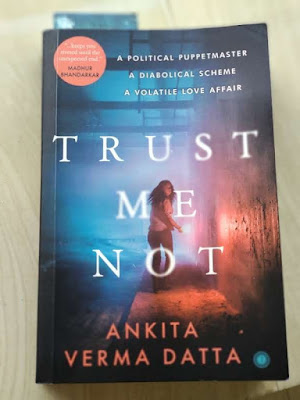 One evening, Reeva’s mother reminds her of a wedding party they have to attend on the weekend. Reeva knows that the underlying currents are. When her mother asks her to attend a nuptial gathering, she knows it is to nudge her find a perfect groom. Her mother believes that Reeva is of marriageable age. Reeva feels passive towards this proposition by her mother. She is bored of the thought of her potential encounter with gossip and snobbery at the occasion. She does not want to mingle with some of her mother’s friends who would be there at the function, most certainly.

Like every perfect Indian mother, Reeva’s mom too knows how to initiate her offspring into action. It was hard for Reeva to deny her mother’s argument. So she complies. On that weekend, the whole family reaches the wedding celebration, in their sedan. Reeva finds it difficult to find a parking space. Then a young handsome man appears and helps her park her car. This was the beginning of a series of extraordinary romantic encounters in Reeva’s life. she discovers in the days to come that the young handsome man, Kunaal Kabi was able to trigger a romantic pulse in her.

The story progresses in a romantic tone until an impending election. The major contestant in the election, the JBP finds in Kunaal and Reeva’s advertising agency, their Public Relations team. However, a group of shady businessmen do not want the JBP to step into power. The seek the help of the dark figure, portrayed efficiently by the author, named The Fixer.

Soon, through Reeva’s office attendant, she is involved in a major social problem, which brings her team straight to the churning forces of evil in the Indian political spectrum. This novel moves with a pace that would not let you put the book down. Trust Me Not is a good read for those long train journeys, waiting rooms, bus stops, and boring class hours. But trust me, if you find this novel in a library, it can effortlessly take you into the intertextuality of a political narrative. One can read between the lines to locate, identify, and transcribe the present-day events and persons in the novel. These multiple layers of signifiers imbue Trust Me Not with relevance unmatched in the English novels written by Indian authors. 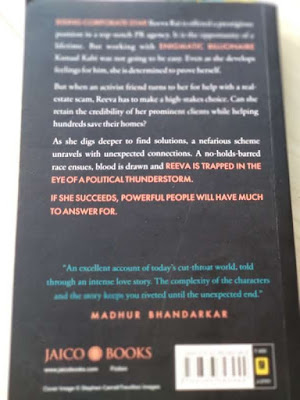 Trust Me Not is Ankita Verma Datta’s debut novel. For more than a decade, she is part of the advertising industry. So for those who look for personal elements in the novel, the novelist’s professional experiences prove to be a reason for the association. Ankita Verma Datta is an Economics graduate from Mumbai University and is trained in advertising communication and marketing at the Xavier Institute of Management and Communication. She can be contacted at www.ankitavermadatta.com.

Published by Jaico Books, Trust Me Not is 378 pages long. Jaico Books is popular for their spiritual titles. This time, they have made a mark through a political thriller that combines the music of romance and white knuckled suspense. The book’s MRP is INR 450.
- June 06, 2018 No comments: