Dalitality or Brutality? Two girls and a Burning Conscience

Rape is to force someone to have sex when they are unwilling, using violence or threatening behaviour. This is the definition, upon which the law of morality and judiciary works, not the Indian politicians, not the media guys, not the intellectuals. I pained to see the recent developments surrounding a rape happened in . The victim has lost her struggle to get back to life. She failed in what we can call an instinct all of us will have when we are brutally chased to death—the struggle to exist. In the sane social life, it is better to die than living a life of shame, but when it comes to real life, we all will struggle for our life.

When a fellow being is struggling hard to hold on to life, what our fellow human beings need to do?

The following are the lines of argument made by Arundhati Roy and some Dalit activists, or so I have understood them (http://www.reporteronlive.com/story/5897/index.html).

The incident got unusual media support and popular support because the victim is from the middle class family and the culprit from the lower class. The upper class people in can’t accept the idea of a lower class man raping a middle class woman, so they are offended greatly. Every day, similar atrocities are happening against the Dalits in , but no one bothers.

The problem with this view is that the girl who was in the hospital (dead now), was not responsible for the “caste based” rapes that happen in . Who am I to say that, right? Poor me! If we say Dalits are being raped every day and the victims are from the lower class family, and so he should be prosecuted and so on, I have only one silly, (yes, very silly) question, “Do you guys want reservation in rapes too?”

Another silly, (yes silly again) question, “Will the rapists ask for caste and community certificates while performing the heinous act upon your body?” Can I ask one more question? What about the people who protested in the streets of ? Were they all from upper caste or upper class? Poor me, I can’t understand these theoretical analyses. I am just a human being, nothing but human. What I do have is just some crap of commonsense. 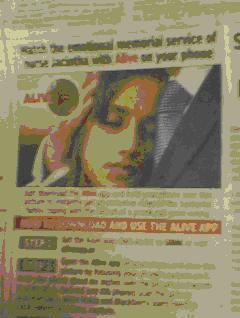 Last month, exactly 16th of December, I bought Chennai Times and read the news about Jacintha Saldanha’s death, with an add attached with it: ‘if you want the latest update of the news and how Jessica’s parents feel about it now, just download our mobile app in your phone”. This says everything, everything that’s needed.

When I read the intellectualized versions of the rape victim of , (Jyothi or Amanda, whatever sentimental names TV channels call her) I felt shocked. The response of the police and the governments did not instill a different feeling in me. The ad that sells the feelings of the Jacintha’s family was yet another humongous shock. I am not used to such “adult material” in cruelty.

I read several Sci-Fi in which through some scientific experiments or so, humans are replaced by mutants, with extra-human powers. I would say, we already passed that stage, we are that mutants, who can’t feel those very human emotions, that of compassion, love, sympathy and so on. I myself, yes, I myself doing the same thing, raping it for the thousandth time… Oh, Lord, Forgive me for this Sin!
***

For the first time in its history, The Indian Commentator is publishing a guest post by another author. This article is written by a friend of mine, Mr. Sarath Krishnan. When he mailed this article to me, asking to read it and let him know what I feel about it, I did not hesitate to ask him permission for publishing the article in my blog. It was more of a favour from his side to allow me the permission to publish it.

This article is delayed a bit in being published. One reason for this delay was the potential threat from governmental policies regarding how to handle the protests. The second reason was the involvement of political parties in the rape issue. The protests, though began as an apolitical movement, later took a stringently political nature. The Indian Commentator is an apolitical space. It has no affiliation or opposition with any of the political parties in or anywhere in the world.

Today the whole of humanity, especially, Indian morality (the same morality that never lets a man walk with a woman) is ashamed on Delhi-girl’s death. Let’s pray for the peace of our own mind first and then the peace of her innocent soul.

Good work !
But i didn't understand the statement made by Arundhathi Roy and also your remark on it.
Can you please clarify it?

"The incident got unusual media support and popular support because the victim is from the middle class family and the culprit from the lower class. The upper class people in India can’t accept the idea of a lower class man raping a middle class woman, so they are offended greatly. Every day, similar atrocities are happening against the Dalits in India, but no one bothers."

She made it a Dalit issue! That is a pitiable thinking, was my friend's stand on this matter. The author of this article is Sarath Krishnan, a well-known critic and thinker.

I hope I made it clear! Good day Aswin :) Thank you so much for stopping by.

Thank you.
Thanks a lot