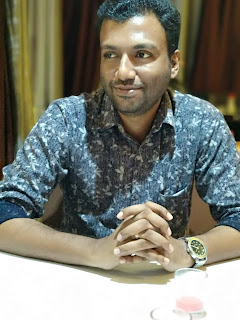 Anu Lal has a masters degree in English literature. He is a UGC NET qualified educator with CTE from IGNOU and ten years of teaching experience with UG and PG students. He published his first book in 2012, titled Wall of Colours and Other Stories. His first published novel is titled The Mythology of Love, written under the pen name Marian Grace. His nonfiction book titled Life After the Floods, published by Kalamos Literary Services in 2019 has garnered both popular and critical acclaims for writing on disaster management. His short story collections include Prabuddha: The Clear-Sighted, You Should Know How I Feel, and Stories We Live. The anthologies that he compiled include Better than All Happy Ever Afters, The Notions of Living, and The Notions of Healing. His anthology The Notions of Healing is composed of writings by sixteen Indian English writers on the experiences of the COVID-19 pandemic. In 2018, he published the novella titled As I Lay Waiting, which deals with supernatural horror and childhood cruelty. He wrote the novelette, Seeking Saraswathi in 2018, published by Juggernaut Books as an ebook, and in 2019 repeated his success with two other novelettes, Save the Teacher and Save the Girl, part of an ongoing series broadly titled "Southern Chronicles," published by Kalamos in the form of Kindle ebooks.He lives in Kannur, Kerala with his family.Follow him on Instagram: @authorlalHe blogs at THE INDIAN COMMENTATOR.Twitter @AnulalindiaInstagram @authorlalFacebook @anu.lal.50