A few students from Kannur, Kerala, discovered their passion for filmmaking and went for fulfilling their desires. I would like to share this story with you, in order to take my argument through.

The problem these young students faced in the beginning was lack of resources. This was single most important impediment they could not cross in the starting stage of the project. I came across one of those students, during my work as an Assistant Professor on contract at a college where they were doing their Graduation. They were dreaming to work in films in some distant future. I asked one of them, had he ever seen Sholay, the Bollywood classic, or The Shawshank Redemption. He said, No. He hadn't watched any of the Robert Duvall movies or even heard of Alfonso Cuarón. That was the moment I felt he required help. At first I wasn’t aware there were more of them with an intention to be movie stars. This I came to know later, after starting my sessions with this student of mine, who was ready to talk and ask for help.

How I helped him isn't the important part. The young men who wanted to be in movies, I realized later, were skilled in areas that are related to film industry. I could only give the student of mine, a single session of how to pursue his desires and goals. However, thanks to social media, he kept his contacts with me regularly. I remember suggesting to him why don't they make a short film or start a Youtube channel and showcase their talent in front of the world.

Our first communication on the matter of films and more importantly of living a fulfilling life through following dreams happened almost a year back. A few days ago, this same student of mine rang me up and told me that they made a short film named "Phone Book". He told me that the film would be available through their Youtube channel, Uprising Creations on the 15th of August onwards.

Today, I am very proud to witness these young people doing what they can to experience fulfillment in life. The pattern of their involvement with the creation of the film mirrors self-reliance. They helped each other out. But they also quit waiting for opportunities. Instead, these young students created a space for what I would call dream-living. What was just a crazy thought in their mind, now, is a tangible, solid reality. I am reminded of my spiritual guru's words. "Whatever you put in your imagination expands," says Dr. Wayne Dyer in I Can See Clearly Now, suggesting a possibility that is at the same time at the stretch of a hand away from us and miraculous. 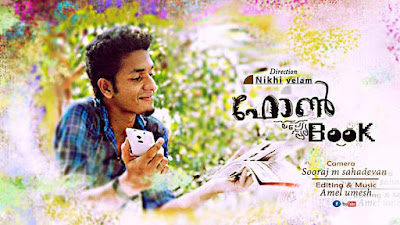 You can watch the short film, “Phone Book”, by tapping the title.


While celebrating this nation’s 69th Independence Day, the message of self-reliance gets through to our minds through this humble attempt made by these young students.
- August 22, 2015