Yes, if you have read the book, Prabuddha: The Clear-sighted, you may know who I am taking about. I told you in the beginning of the book that you will learn who Prabuddha is. You learned, right? Yes, you did.

He said, one of the stories that appear in Prabuddha, “The Dew Collectors,” which also appears in Wall of Colours, resembles a real life experience he had. He said he enjoyed Prabuddha so much that he is eager to read my next book, Mount Sermon.

He said that once, he went to attend an interview, just like the protagonist of “The Dew Collectors”. As the events unfolded in the story, this young man also came across a ‘mysterious’ old house, a friend’s in the real life story. The old mother of the friend serves the two young men lunch. During lunch, the man who told me this fascinating story of real life experience drank a mug of water that was on the table. In a sudden fit, the old woman, his friend’s mother was infuriated.

The young man was baffled for a moment. He did not know the cause of the woman’s unexpected rage. She shouted at him, telling him he did the wrong thing.

As the truth became clear, the young man realized that the water was kept there for the woman’s elder son. He had died at an early age. She keeps food and water on the table for her dead son, ever day.

After listening to this story, I told this individual, who is perhaps my age, that I never really thought this story could be real. While I was working on “The Dew Collectors”, I doubted if readers would believe what I had written. Apparently, the story was never told before in Indian literary scene, although these events and the belief systems that form the basis of such events are real and in existence here in Kerala for many thousands of years. So when I was writing this story, my only concern was its believability. Today, when I heard what my reader had undergone in his personal life, I felt a mysterious, yet firm hand guiding me. I believe that this hand is of the Blessed Virgin Mary, because the previous day, I had urged her for guidance.

When in self-doubt, one is in darkness as to which way is the way. It is not as much taking one road among many others as taking any road at all. I needed a guiding light so my future would not go directionless.

Another individual sat next to us while we were having this conversation. These two men work at the University where I do my Doctoral Research. They work at the administrative section. The person who listened to the two of us talk was a senior offical. He intervened and asked me, if I had read the Gita. “You have quoted from the Bhagavat Gita in Prabuddha,” he said.

The younger person had suggested Prabuddha: The Clear-sighted to the senior officer. The book was with him and he had already flipped through the pages.

“I haven’t read the Gita yet,” I said. “But I am convinced that the Gita has come to me in various ways.”

“Yes, I understand. The Gita will come to us in ways we may not foresee,” he said. “It’s the essence of Indian spiritual tradition. And this consciousness that the Gita could come to us even without us knowing is the clear-sightedness one requires.”

I said, I agree. Our conversation took off from there. We talked about spiritual traditions of various denominations. He told me about the sages in the Himalayas. We suggested books back and forth on spirituality, life after death, and reincarnation.

At the end of our conversation, the senior person stood up. “You must continue on your path of enlightening people. This is what people must to read, books like Prabuddha,” he said. “Before working on your next book, I recommend you to read the Gita. You may find in the Gita what you may never find elsewhere.”

“No, thank you sir. But I prefer to purchase a personal copy, because I may need to refer to it frequently,” I said.

“I am not asking you to return it,” the senior official said. “You can keep it.”

And he handed over a thick volume of the Complete Bhagavat Gita to me, as a gift. 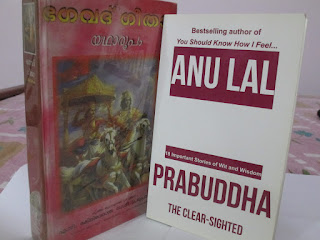 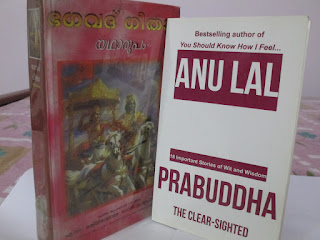 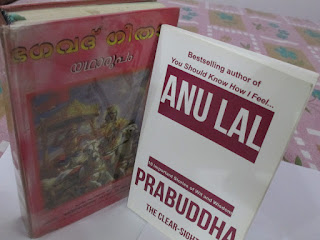 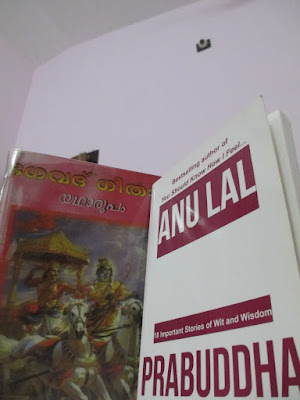 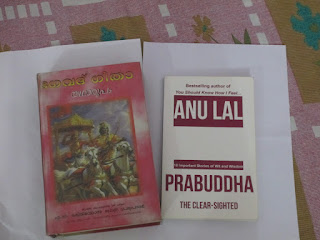 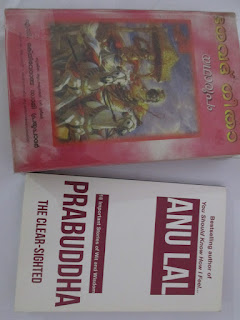 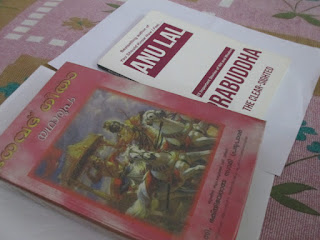 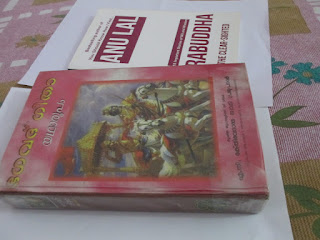 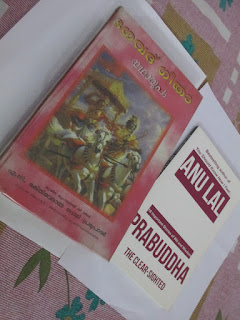 certainly like what you’re stating and the way in which you say it.
10th Class Board Exam Result 2017
results 2017

Thank you for the useful information. You might be interested in AP Inter 2nd Year Results So

Congratulations for this Excellent and galvanizing Information..! Check guidance for how to start a blog

It really helped me to improve my skills. i think this information lot more useful to the guys like me. visit online movies

I read few posts on this web site and I conceive that your blog is very interesting and has sets of fantastic information. CRIS Admit Card Very inspiring and helpful too. Hope you continue to share more of your ideas. CRIS Admit Card 2017 latest govt jobs notification follow our site we inform and update everything about jobs information.

Thanks for this wonderful post. Keep blogging.
If you want to know latest technical news click link below.
Interestwaypoint

Thanks for sharing this information with us, i always like to read these articles, cool..!
24JobsExam website
Check 24JobsExam links

Thank for the information. I am really looking forward for your upcoming posts. Check my Website cashback coupons.

for Exclusive Flipkart coupons vist my webiste once.

Best of Home Furnishing min 40% off: