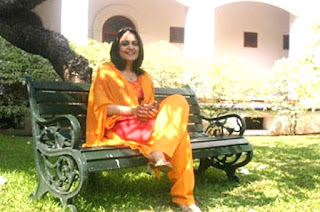 Ancient Promises is Jaishree Misra's debut book with a fresh narrative voice in comparison with the other novelists of her time.

An unforgettable story, told in first person narrative, Ancient Promises combines in its narrative strategy, romance, myth and social criticism. Jane Austen succeeded in bringing irony in her novels, through interesting and poignant observations, which were most often witty as well. Taking the same line of novel-writing strategy, Jaishree Misra gives opportunity for readers to enjoy the book in multiple perspectives than just a single faceted love story.

Of course, Janu, the protagonist is the narrator and this is her story. However, this is also the story of Kerala and its marriage customs. Many irrational and unjust customs still exist in this southern land situated in India's south. Many European cultures have established trade relations with Kerala, even before the time of the British. But in the long run, it can also be observed that the nature of how people behave, the prying and gossiping and backbiting didn't change at all. Neither had any change visited the sad countenance of Kerala's narrow minded "arranged marriage" custom.

It is because of these unique views that the novel upholds, that I recommend you the book. With her lucid and playful language, Misra creates a sea of emotions and the reader can easily establish personal harmonies with her characters and events. In the afterword to Ancient Promises, Jaishree Misra says that the novel is partly autobiographical. However, there surely is fiction as a binding force that connects each and every element from the painful world of reality. Janu loses her first great love and is forced to marry a business person. Her marriage brings her only heart-break and agony. Her in-laws and husband, who her parents have selected for her, "carefully", ignores her very being and forces her to the background of the dignified Maraar family.

Living in the murky backyard of a marriage gone stale, Janu wonders, “Wasn’t it merely arrogance to think that we could take matters into our own hands? To take over the writing of our own stories.” (236) A sense of indifference grows on her being, and her own sense of purpose becomes unfamiliar and uncomfortable to her. Janu’s image is that of a helpless Indian woman unable to help herself or her dignity, trapped in a subtle web woven by the culture, religion, and a relentless totalitarianism of moral principles.

Janu could not hold the glory of the Maraar household because during one of her visits to Delhi, the city in which she grew up, although her parents were from Kerala, she meets her old love, Arjun. Janu's life takes a new turn and her decision to leave her husband strengthens. Still, Janu faces another crucial problem; Riya. Janu's baby girl, Riya has learning disabilities and a child like Riya would not have a smooth life without Janu's careful nursing.

Torn among these people, will Janu be able to find the courage to say "yes," to life? Ancient Promises is a journey into the mind of Janu through her teenage and years after an arranged marriage that goes terribly wrong.

Ancient Promises by Jaishree Misra was tremendously enjoyable, though, of course, there is pain that comes along with the joy of seeing a life unfold. Perhaps, that is the way it must be, as if ancient promises fulfilled now.

To my chocolate cream soldier said...