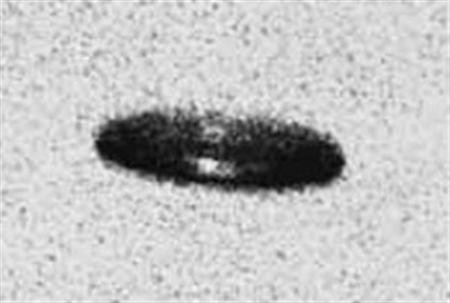 The UFO that appeared in Kochi on 30 October 2014 is reportedly “needle-like” and has many of the characteristics, usually reported in similar cases. A needle-like object could also indicate rockets or any similar types of destructive flying machines, made by man. Does this prove that in Kochi, Kerala, we compromised our aerial security?

China is India’s closest residing superpower, and a constant military threat. Pakistan’s recent attempts to help terrorists to infiltrate on boarder territories also add significant political weight to the situation. However, surprisingly, the authorities seem very much ignorant of even the occurrence of the UFO event in Kochi. The fourth estate also seems incapable of bringing it out into public attention. The only way such a situation can be overcome over come with clarity and answers is to bring it into public attention. One positive aspect of the contemporary UFO research in the US is the increased number of people participation. Thanks to the many television channels that run successful shows on aliens and UFOs.

For someone who closely watches these television shows, one thing would be evident; these shows are not just moneymakers and top of the chart hits in popularity surveys. They are also infusing into public awareness the necessity of asking questions about those answerless puzzles. The awareness about UFOs and the Contact with another intelligent species is slowly being part of the collective consciousness. However, these popular shows, in the race to monetize everything that comes into their hands, disclose information that is often misleading. For example, the abbreviation UFO only means, Unidentified Flying Object. In other words, if an observer could not identify a flying machine or object that one spots in the sky, this object could be addressed an Unidentified Flying Object, or a UFO. Once the flying object is identified as a kite, or a Chinese lantern, or an airplane, it ceases to be called a UFO, because it is no longer unidentified. This simple and rather naïve logic escapes most of us, when we talk about UFOs, and immediately associate the term with people coming from other planets, visiting the earth.

In fact, our culture is increasingly modified and shaped by our media. In such a situation, there is no escape from being affected by such cultural motifs, as “all UFOs are alien vehicles.”

Is the Kochi UFO a Chinese intervention into our airspace? Or was it a Pakistani intervention? A drone sent to secretly map the territories of Kochi, one of the most important ports on planet earth, by one of these two unruly neighbors?

If that has already happened, one thing is as clear as daylight. A connection exists between the presence of the Unidentified Flying Object in our skies, and the bird flu. As a result, could the bird flu eruption be explained as some form of biological warfare?

If this is true, why hasn’t the Indian Defense Ministry responded yet? Indian army is one of the best in Asia. Considering India’s recent relationship status with the US, one of the elite warlords in the world, a threat from Pakistan or China could be easily confronted using the help from the US. Often, it is seen that war-related news never escapes the media. Arguing from this stand point suggests that what transpired in the skies of the ancient port-city of Kochi wasn’t a spy drone from Pakistan or biological weapon from China. It may not even be a manufactured intervention. It could be much more fantastic, extraterrestrial. This is not unusual or unheard of. Perhaps, to the common public, it is unheard of news, but to the scientific community in Kerala, extraterrestrial contact is not new!

How many of you know that even before, Kerala’s skies have witnessed an intervention of the extraterrestrial type?