‘The only way to make this over is to kill the person before me.’—the prince thought.
He thought of his restless hands and how they are trying hard to create a barrier of defensive deliberation around his body, the left one with a shield and the right one with a gory sword tied with it. He was in a battle field: a war for political reasons between his country, the southern part of and its neighbour, another South Indian Nation State. But in his mind there was something that persisted as an irremovable, unignorable pang: a gossip that he caught from somewhere.
The gossip was about the reason of the war in which now he was fighting harder, half to save the war for his country and half for saving his own life from the enemy soldier in front of him. The gossip accused him and his love affair with the princess of the neighbouring kingdom of being the ‘real’ reason for the war. There are people who want to manipulate political reasons as personal flaws. They are the ones who make politics all what it is.

His mind was upset and body was tiring. The person attacking him with a sword seemed like a lethal machine with each of his blows capable of being potential life threats. His sword reflected the bright sun and it felt heavier. The prince realised with a sudden jolt to consciousness that his body was giving in, and his hopes too. How could he ever be together with some one living in his enemy’s country? If he had to win the battle, he must kill the adversary; the king of the enemy force, including the ordinary pawn in front of him. And if he failed he could not be able to keep his jugular nerve in good condition. In any case, there was loss: the loss of his love and of himself.
He gasped and filled his lungs with more air, but dust which stuffed the air in the battle field. And then he saw the opponent's sword gliding fast for his neck, greedily slicing the air. He had thought his shield could block the blow. But now his hands are incapable to lift the heavy shield, tired and exhausted in an arena of blood shedding virility. 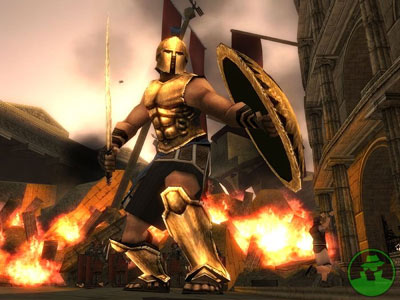 This would be the end. His eyes met the enemy’s, where he found respect and an immense obligation towards duty, which almost transformed his individuality into a mechanised trance. No one could hold him back, no command, and no decree. He is the perfect soldier, and it is no shame to die with his hands: the prince thought. And then the prince felt something whooshing near his right ear. It might be the fluttering arrival of the angel of death.
On the very next fraction of a moment, drops of blood spattered on his face. His adversary was down, with an arrow pierced his heart!
The prince looked back and found the king of the enemy kingdom with a smiling face!
“That soldier was unstoppable.”—The king said to the prince. “I know my daughter loves you very much. You live deep in her heart. I cannot bear seeing tears in her eyes, because this father’s love for her too is deep. So I don’t want you to die. This war is entirely due to political reasons; and not because a father cannot bear the son of his enemy in love with his daughter. You please take care of yourself prince.” The king moved away on his horse back. The prince took a deep sigh. He realised that true love can save lives even in a battlefield of blind hatred.
- November 28, 2010

for me...the last paragraph was the best! But was it the best because of all the conflict that led to their encounter...wow...what a story.