DILEEP, MALAYALAM CINEMA, AND THE FUTURE OF A MEMORY 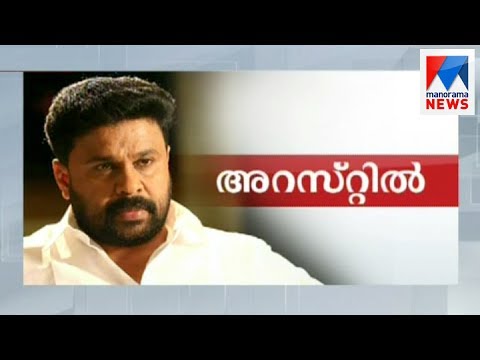 How well the episode of public scrutiny played out through the past few weeks if not months in the media! “The Actress Abduction Case” was relayed in the media as if it was a mega reality show. The investigation and the various twists that followed were all showcased for the hungry audiences. It was a classic thriller of a certain variety, which even nullified all other competitions and nailed the attention of the audience.

What Kerala witnessed though the past few weeks is the ultimate pinnacle of the showbiz. I say ‘ultimate pinnacle’ because show business has attained new heights in this mega reality show. The showbiz entered into the discourse of morality and ethics, not on a silver screen, as usual. The difference, this time, is that the showbiz entered into the realm of reality and played foul and is caught in doing so, on screen.

In the age of camera and digital distribution, an event on screen is a scene engraved for millions of eyes, for an infinite repetitive performance. Each day, the news bulletins are full of content on the abduction issue repeating the same faces and finding new angles for the event. Dileep, the culprit, according to the Kerala Police, has already undergone punishment. Remember, punishment is a loaded term. The term has a history that meant torture techniques like flagellation, crucifixion, hanging till death, etc. In the digital era, punishment apparently means a psychological torture through moral scrutiny in public. The culprit simply could not deny his involvement in such an event because the event and the many events that lead to the major event are all recorded. These records are audio-visual, mostly.

Dileep has already been undergoing a punishment. The society of media and the followers of the media at large have a major role in enacting this punishment. The Indian legal system is yet to decide on shreds of evidence and punishment through its judgment. As per the rule of law, the conclusion of this event is yet to appear. Justice to the molested actress is yet to be delivered. But that is the legal side. The social side of this event has already announced its concluding verdict. The man behind the conspiracy is revealed. His acts are the centre of all scrutiny.

Such a scrutiny in public is the punishment. This man has a family, relatives, and friends. All his social relations along with the others will suffer a great deal in this public scrutiny. One man’s action is burning the whole family down. Thinking and visualising how those others will suffer may surely have an impact on the psyche of the culprit who is undergoing public scrutiny. His punishment is psychological not just in facing his own humiliation in public, but also in knowing that his beloved ones are being cornered and suffering due to his own actions.

Now the question comes to whether Dileep could make a comeback to Malayalam cinema and to the media society of Kerala in general. It seems dubious, but not impossible. However, this possibility exists only if he could keep himself out of jail by playing legal games. They say that if the police could establish his crime in court, he may even get a life sentence. This could be a very serious problem for him. However, he has advocates like Adv. Ram Kumar appearing for him. This could give him a slight advantage.

The influence this man has in Malayalam film industry was evident in one of the previous meeting organised by the major union of actors. Even the mainstream major actors kept silence in front of the questions from journalists on the actress abduction case and Dileep’s involvement in it. A few of them even used caustic language at the journalists and attempted to divert the issue into one where one of their male members was being victimised for the mishap in the life of one of their female members.

From the body language of the members of this organisation of actors in Malayalam cinema, it was clear that they were under the influence of a powerful and corrupt system. Some newspapers and television channels attributed the term “mafia” for this system. It isn’t a secret that many senior actors in Malayalam cinema have formed their own ‘teams’ or ‘lobbies’. Malayalam cinema isn’t a totality. Everyone knows that it is fragmented in many ways: the Trivandrum lobby of upper-caste members, the mid-Travancore lobby of egotists and businessmen, the third lobby of Other Backward Caste members, etc. Dileep is not the first person who established such a ‘system’ in Malayalam cinema. He merely used one of these systems or the ideology of these systems that are already in existence for his purpose.

Would it even be thinkable for people who control the business of cinema in Kerala to break down this system itself? Can they dismantle all these lobbies?

The memory of the actress abduction incident is the only backdrop against which one could, at least, discuss these issues. Therefore, the memory of this event is the beacon that our culture has, at the moment, to cleanse Malayalam cinema of these malign influences.

This memory is etched across the culture of cameras and digital transmission. Everyone has seen the culprit and the way he attempted to save himself. Instead of saving himself, all his attempts made his fall even more sinister and amoral. If Malayalam cinema is to exist, it has to actively keep the memory of this crime against a woman, alive for the future.
- July 12, 2017