Why Are Schools Less Important Than a Sunday Afternoon?

Summer vacation would end by the first week of June, normally. This year it ends on 31 May. This leads to the opening of schools on 1 June itself. June is also the month of a captivating season in India, the southwestern Monsoon.

This is a booming business seasons as well. Schools open, and along with then, open a market of needs. New school bags, umbrellas, notebooks, etc. Today, as I sit down and contemplate this new season of schooling, a character engraved in my mind becomes more vivid. Jean Louise is a girl of twelve who appears in Harper Lee's debut novel To Kill A Mockingbird. An arresting vision of school life is portrayed in this literary classic. I doubt, though, the way the school is portrayed is rather to suggest its diminishing interest on behalf of the self-actualization of the individual than to ascertain the unquestioned space of schools in our society.

In To Kill a Mockingbird, Jean Louise and her brother Jim experience a variety of life experiences during their holidays. Through their plays, they learn the valuable lessons of life. Their father, Atticus Finch, an advocate, had already taught both his children how to read and write, especially how to read and enjoy books. Jean Louise, when went to the school for the first time, her teacher asked her to inform her father to stop reading to her at home. This discouragement came from the teacher as she realized that the little girl was way ahead of her peers in academic matters. It wasn't exactly academic excellence that Jean Louise exhibited. It was practical wisdom. Just to learn how to read and write one need not attend schools. The purpose of schooling must proclaim the development of deeper and more significant skills. The question is, what skill there is that is more significant than reading and writing. These are the two major skills and individual should be trained in so he or she could understand and draw conclusions from the world around one. If schools need not teach us how to read or write, who else? Where else a child can learn and master these skills from? And what sustaining need a school has to exist in our society?

First, let us confront the question of reading and writing. When I touch this topic, I feel like I am writing a bit like Bernard Shaw, the great Irish master of letters and theater. He was quite particular about a human being's handling of the language, through each of these above-mentioned skills. My humble conscience does not approve of any relationship with Shaw; however, this social situation, we must address. If schools need not teach us how to read or write, who else? Where else a child can learn and master these skills from?

The next question rises in front of us: Why else are schools for?

Well, there should be a better explanation for the existence of schools and colleges in our generation, than just as the locations to learn various cultural and scientific tools. It's easy to learn all those tools from the internet without half the mess one is sure to encounter during schooling and later in colleges and universities.

How much time would we have utilized for making life better, had we spent lesser time in schools and universities? As the truth of the matter, I am not the only one to suggest this thought. Napoleon Hill, the author of Think and Grow Rich, begins his classic with this suggestion. Spend less time in schools and colleges and utilize the best of your time in activities that give you more profit.

Atticus Finch offers a good example of ideal parenting here. Call it fiction and far removed from reality. However, the real implications of Atticus’s personality are a grounding spot for academicians to pause and think. Rooted in our deeper consciousness are the elements to learn from our environment. Like Jean Louise, many of us possess skills--one set of the other-- even before attending schools. Most of us might have felt being the odd one when the school curriculum forces upon us the study of any one of those skills in which we already have acquired mastery. Through child-plays and familial influences, we often gain upper hand in many such skills that our schools attempt to feed us repeatedly through a detailed and unnecessarily complicated curriculum.
This said, he left them, and return'd no more.—
But rumours hung about the country-side,
That the lost Scholar long was seen to stray,
Seen by rare glimpses, pensive and tongue-tied,
In hat of antique shape, and cloak of grey,
The same the gipsies wore.
__ Matthew Arnold-1822–1888 ("The Scholar-Gipsy")

The above lines of poetry express another example of an individual living in the outskirts of schooling and as a corollary, of civilization itself. The man who did not attend his formal education like his friends, was called a Gipsy. Of that man, these lines speak. In our world too, formal education has such authoritarian significance. In India, it may be the influence of the educational system left behind by the British. However, those who do not undergo formal education are often treated like gypsies.

I have a theory about existence. This theory, I derived from master of New Thought movement, author and spiritual thinker, Richard Bach.“This is a test to see if your mission in this life is complete, if you are alive, it isn't.” This from his book, Illusions: The Adventures of a Reluctant Messiah. Taking this perspective, one must think that there may be a reason schooling system still exists in India, where it largely borrows from the British. 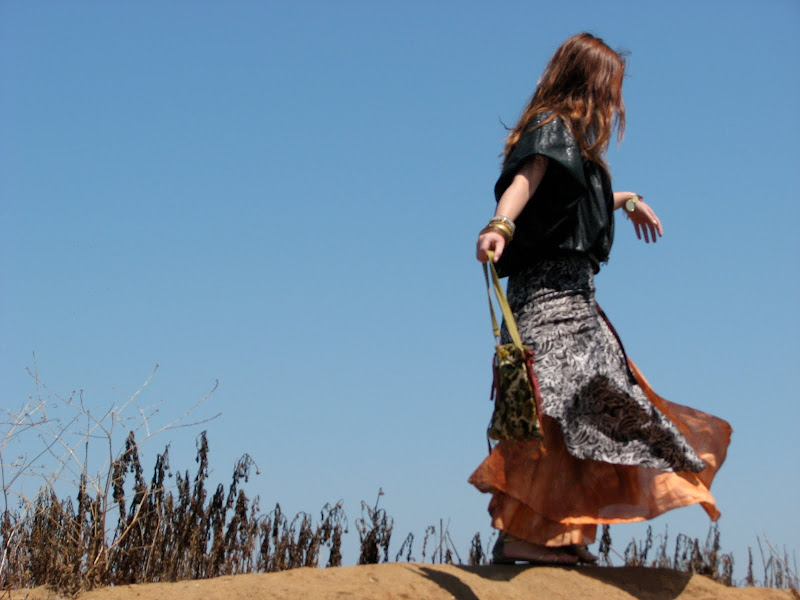 Perhaps schools are there to teach us more than letters, and words, and books. They are there to teach us the value of friendship, and how to get along well with our neighbors. Along with new umbrellas, notebooks and new uniforms, we take something more to our new classrooms--the capacity to endure.
- June 02, 2015