Proof of Heaven: A Book Review 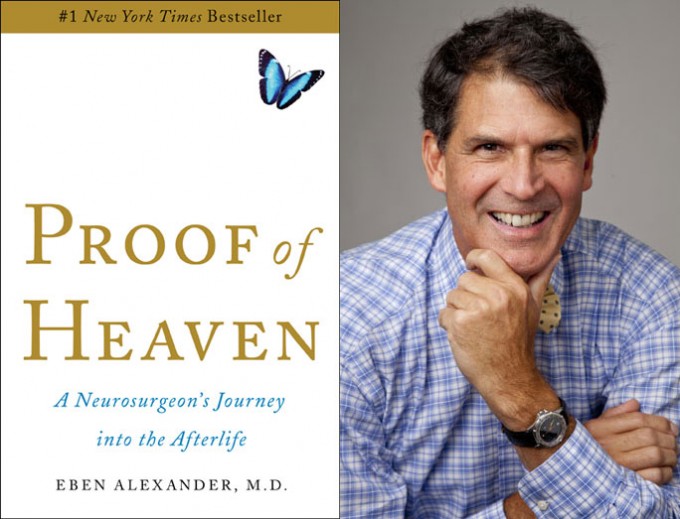 Proof of Heaven: A Neurosurgeon’s Journey into the Afterlife is about the experience commonly known as NDE or Near Death Experience. Recently, there have been a number of books that narrate this phenomenon, in which individuals experience the state of consciousness and meet or are greeted by beings including the ones that passed away during their earthly life. Here is a website dedicated to NDE sharing experiences. http://www.nderf.org/ If you are interested in knowing the concept, this webpage will greatly help.

What makes the experience narrated in Proof of Heaven: A Neurosurgeon’s Journey into the Afterlife special is the analytical nature of Eben Alexander MD, a neurosurgeon with which he narrates his direct encounter with a realm much higher in its advancement of consciousness than the earth’s. Proof of Heaven isn’t just narration of the bizarre, yet extraordinary experiences he endures. It’s also a study and sharing of the “earth-based” analytical model of understanding of NDE phenomenon.

Death is, in the most common use of the term, just an adjective for “end” or “the stopping of something.” Especially, in rather secular cultures like mine, consciousness beyond death is equally jeered at as the theory of ancient aliens visiting planet earth. Even to my own surprise, when I read the book, I felt a bit cagey over the legitimacy of the content in relation to the worldview I was forced to accept. The ideas in the books were tangy enough. However, the concern for the guarding of the walls of cultural curation began to gnaw at my mind. Is it possible to know even after you leave your body? I asked myself.
Although, I had an indelible experience related to how Proof of Heaven and the possibility that consciousness can exist without the body can change many things around an individual, I still held steadfast in questioning the rationality of the experiences narrated in the book. It’s sad, I know. But that is what science teaches us. It teaches us to question everything, even our own long held beliefs. The fact that I am holding Science as the responsible element in justifying my indifference towards the remarkable personal experience I had, proves in full extent, my dedication to rationality and reason. However, as I moved further into the book, I realized that many of my experiences in this lifetime have reasonable relation with what Dr. Alexander was trying to communicate through the book.

The awareness that there is a possible after-life changed my thinking towards my fellow beings. Although “everlasting life” is a constantly recurring philosophical concept in religious terminology, I never gave it much thought in terms of its realness. My secular culture had infused in me a limited logic that many of the concepts seen in religion were either metaphors regarding some puzzling moral question in life, and should not be taken literally or an old superstition.

I had a direct experience of a close-to-a-miracle recovery of my Great Aunt from a severe heart and kidney malfunctioning. What played behind this experience was my awareness about this possibility that life continues and even after the death of the body and that the person could witness everything around one even after one’s physical eyes are closed. The news of her serious illness came to us on a weekday. By the weekend of that same week, a phone call from one of my uncles came. He said that my Great Aunt’s situation was serious, close to imminent demise. Every one of the relatives was informed. Many were ‘discussing’ a visit to the hospital. They were in South Kerala. We were in Malabar, the north of the state. For us, it was almost a 9-12 hours train and bus ride.

Immediately, my mother was considering a visit to the hospital, which, she quickly realized, was not easy as it was a Sunday. With the summer vacation at its closure, the trains and buses would be full of people going back their homes and schools. It’s a great yearly-ritual. Therefore, to expect any possible ease through the journey was not in consideration. 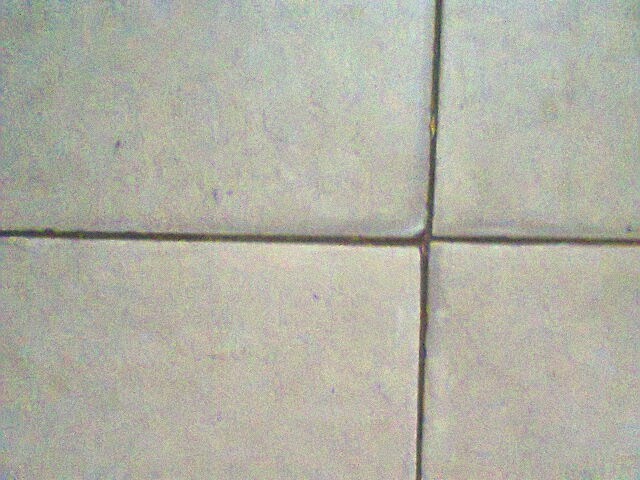 It was during this week I first came across one of the Youtube videos by Dr. Alexander. It was his show with Oprah Winfrey. The analytical nature in which he was able to pitch the knowledge of the NDE was very impressive. It was different from many other NDE cases I have read and analyzed, in the sense that it is a neurosurgeon that underwent this phenomenon here. He was a man of science, and not just any other scientist, but one who made a living by studying and operating at human brain, the very biological supercomputer that is suspected of being the hidden manufacturer of out of body experiences and also NDE.

Denying this hypothesis, Dr. Alexander says, “We can only see what our brain’s filter allows through. The brain—in particular its left-side linguistic/logical part, that which generates our sense of rationality and the feeling of being a sharply defined ego or self—is a barrier to our higher knowledge and experience.” (72) He considers that his purpose of writing Proof of Heaven: A Neurosurgeon’s Journey into the Afterlife is to bring this “ancient but ultimately basic fact” known to the present world.

I asked myself this question; “What if my Great Aunt is closing to the end of her physical life? What if in a higher dimension she was able to see all the others and me gathering around her? Wouldn’t it be a good idea to show her that she was loved? Just in case, if the consciousness did not end there, wouldn’t it be good to let it know that we cared for her? 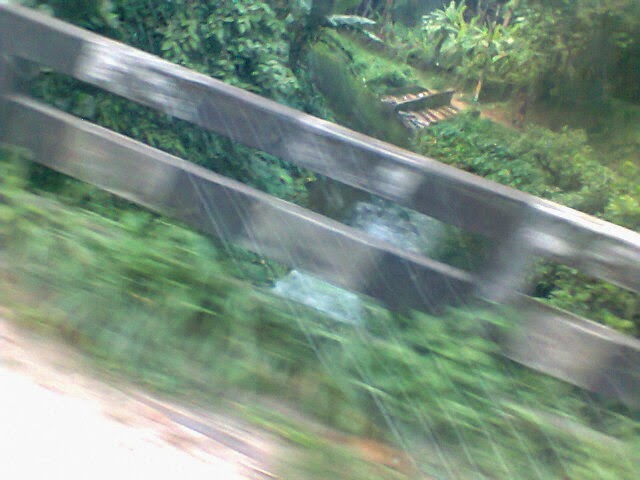 So I said, “I will come with you.” My mother got my message immediately. And we started by the 2.30 pm train to Ernakulam. It was a metal box stuffed with living humans. I had to stand for almost half way through in the train. No seats were available. I sighed at Indian Railway, as I usually do whenever I had the opportunity to travel by train, which I detest, by the way. What pained me more during this journey was the fact that my mother had to stand too, for some time, until she got a vacant seat. A young man, with whom she implored to give her an inch of space so that she could support herself against the seat in the throbbing crowd, refused it disdainfully. He was lean and had a headset blaring music into his ears, but I doubt if any of the harmony of those songs ever reached his stony heart.

When we reached the hospital, close to midnight, Great Aunt was still in Intensive care Unit. Her son and daughters were staying at the hospital, though only one of them was let inside the ICU during the ten minutes visiting time in the morning, starting at 7am. Surprisingly, all of them mentioned that Great Aunt seemed very energetic and was being “bored at the hospital.” They said that she wished to go back home as soon as possible. The way she was motivated to be cured and go home even at a stage that threatened her life was surprising for me and promising even for the doctors. I learnt, later, that she wasn’t informed about the gloomy state of affairs at all. Therefore, even though Great Aunt was jubilant to see some of her family around, the others felt her excitement just a show of her ignorance. (You see, the situation was serious!)

That night I stayed at the hospital with others. We had a small room, in which seven of us crammed ourselves. I got a bed to lie down, fortunately. There was a wooden cross with a crucified Christ looking over the bed, on the wall. I prayed with all my focus, if my Great Aunt deserves to live more, let her be.

Perhaps, her enthusiasm to live held her strong. She survived. 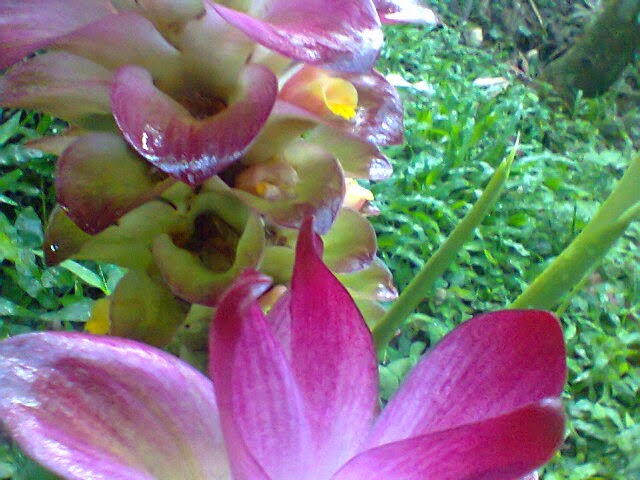 “I saw abundance of life throughout the countless universes…,” (48) writes Dr. Eben Alexander. Proof of Heaven: A Neurosurgeon’s Journey into the Afterlife shares this sense of hope with us. Anyone studying the NDE and the presence of consciousness in higher dimensions will find this book a turning point. Indeed, this is one among the so-called must-reads. I found the further reading list at the end of the book very useful.

This book is the answer to questions; Is an apocalypse near? Or are we going to be devoured by zombies any time soon? Our future and the future of literature, the vast body of it ever written, seem full of hope. The tragedy of zombiesque downfall of our YA genre has found its way back to a state of grace.

Sure, Eben Alexander’s book Proof of Heaven is not a Young Adult book. It isn’t age-bound either. In fact, I would recommend this book for a younger generation, who stand stunned at the magnificence of life and the darkness some of its moments hold. Let them know there is hope. Let them realize that it is possible to exist even after we leave our bodies behind.