India is on the victims' side, in racism. In anti-racial movements, it is on the protesters' side. But both these identities seem absurd when, the extent to which this country is doomed, in its blindness to human equality, is out. It neither rejects caste ism nor closes its eyes on skin colour.

Now, a question arises, how did these practices of caste ism and colour consciousness emerge? In order to get an answer, we must ask this question to our grant fore-fathers, which is not possible now, for as a matter of fact, those grant paternal 'culture creators' are long gone into sod. The only possible way is to make our own assumptions as we always do, if we expect to get an answer to the above question.

Thus, even though practitioners died, practices exist. These practices unveil themselves in the advertisements of fairness creams in our television channels and the beautiful "fair" looking heroins of the Indian cinema.

As an instance, if the advertisements are concerned, it can be seen that most of the fairness cream and beauty soap manufacturer 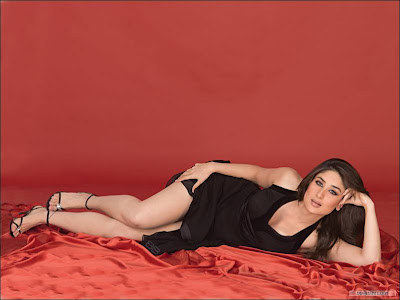 s promise to make users more fair. This gets the form of a bargain in the Indian market sphere. Those who give more fair complexion, get more money. These manufacturers or advertisements are to be accused less than the mentality of the people, on the consumption of which, the market establishes its products and advertises to clutch the inner most hypocrisies of the people. The case with the number of 'fair' heroins is not any much different.

Indian men mostly prefer to have bed with a white chick than anyone else. The 'quest for whiteness' has been fed into them as an unconscious psychic element, which leads to their increased sensitiveness to the skin of people first, than anything else.

This sensitiveness can be seen explicitly in most of the matrimonial columns in India. One matrimonial advertisement from one of the regional newspapers is shown below:

The "fair" in the advertisement is that word, which stands as an explicit proof; an example for the Indian colour consciousness. For men, colour is not a limitation, which might be the reason that there are not many men's face creams in market as there are women's. As India, in general, is a patriarchal society, even though the president of India is a woman, the complexion of men doesn't matter.

Then about caste ism: the word in the advertisement, which doesn't suit any, in the Oxford Dictionary is the name of a caste, exists in the cast system in India. It is considered one of the higher casts.

This system of cast is not an influence limited to the individual marriage proposals, but governmental documents also need clarifications in this matter. In more direct terms, the government will also ask you, your caste; and will group you in their charts and tables, as if you were one of the store-full of commodities.

With good things we give praise and credit to our heavenly father.
Life, Love, harmony, creation, beauty, kind acts...etc.
With things that tear down and create divisons like hate resentment, violence, wars, death we can give credit to God's adversary. Coupled with man's imperfect and inclinantion to do what is wrong. But there is hope.
So much more I could say here. I'll save it for a future letter. Sorry for any misspellings.