WITH ASH ON THEIR FACES: Yezidi Women and the Islamic State 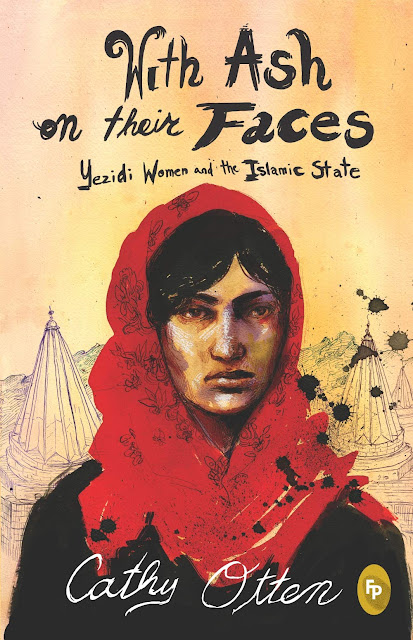 With Ash on Their Faces is a work of nonfiction. Journalist Cathy Otten is the author of the book. Otten's work in the Middle East, especially around Syria, Iraq, and the Kurd areas form a strong foundation for this book. The book focuses on the life and culture of Yezidis in the Sinjar region. The exploration that we see in the book unravels a painful narrative as the chapters progress. The first few chapters largely carry out an attempt to locate the locale of action in the book. The chapters that mark the middle part of the book carry out the function of exploring what the title offers. The plight of Yezidi women in the wake of the attack of ISIS is the major concern of Otten.
The geographical locale where the atrocities of ISIS are committed is northern Iraq. With Ash on Their Faces is written with a journalistic sensibility. Sentimentality is kept at bay while narrating the heartbreaking experiences of many Yezidi women. They endured mass rapes, constitutionalised slavery, and genocide.
The book is written in three parts. The first part is titled "The Fall of Sinjar". This part explains the historicity of the attacks of ISIS on the people of Iraq. The second part is titled "The Women of Kojo", which unveils many of the cruelties committed by ISIS fighters upon women and children. The third part is titled "The Accomplice." The many women and men who appear in the first part return in the second. Reading the first part, my impression was that each chapter was a random compilation of the horrors that transpired in the Sinjar region. However, to my surprise, the chapters started to take on a life of their own. It's a work of nonfiction, let me repeat. The characters are all real. Their names have been changed. The author in the introduction itself has acknowledged this. But the lives of these characters, the real people, are traced to the fullest extent to present the essence of the Yezidi experience during the ISIS invasion.
Women like Zahra and Leila go through tremendous torture under the ISIS regime. On the one hand, they faced forced religious conversions into Islam and on the other, they were sold in slave markets. Evocative and terrifying, With Ash on Their Faces is a powerful narrative of the dark realities of our time. The women, to make themselves undesirable in the eyes of their captors, covered their faces with ashes. The plight of these women was worsened by the fact that most of them were illiterate. When they were kidnapped into different territories in Syria, they could not read signs to find rescue from the ISIS camps. "Historically, Yezidis eschewed formal education that was associated with repressive state authorities, languages and the threat of conversion. The tradition faded, but its impact can still be seen in the female illiteracy rate," (Otten 121) notes the author.
Published by Fingerprint Publishing With Ash on Their Faces has an attractive portrait as its cover. The typesetting of the book helps its readability. This book could be read on a train or bus. Also, it's a book that will adorn any library. The prose of the author is lucid with a plethora of information made available, showing the author's journalistic prowess. A "Notes" section at the end of the book gives a detailed set of reference materials, links, and book titles related to the crisis in Iraq and Syria. Researchers who look into the geopolitical issues haunting the Middle East, therefore, could use this book as a reference.