The Hidden Secret behind Hrithik Roshan's Comeback? You'll be Shocked to Hear this 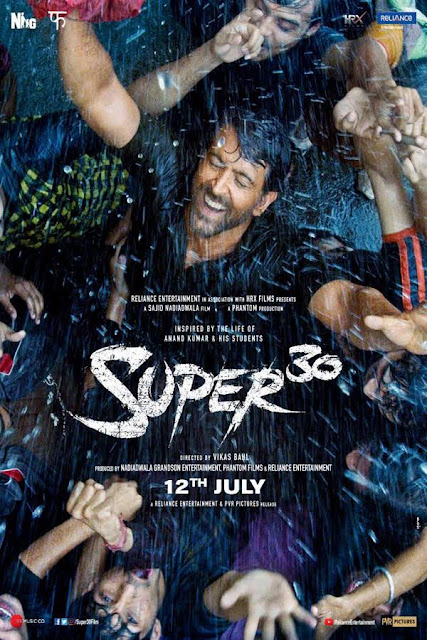 In a major newspaper, I read an article about the new Hrithik Roshan movie Super 30. The article celebrated the fact that the film had reached one hundred crore club in just ten days. However, the article slammed Hrithik Roshan's presence in the film and blamed him as a misfit for the role of Anand Kumar, the protagonist of the real-life story of Super 30. At first, I was engrossed by the title of the article that openly states the inadequacy of the actor playing the role of the protagonist.
After reading the article, the conclusion that I derived was that perhaps, the article was influenced by some PR agency that works to tarnish the image of Hrithik Roshan. The main argument of the article was that Super 30 should be seen as a comeback movie for Hrithik Roshan, in which he fails to make a comeback. Does that make sense?
A comeback movie in which he fails to make an effective comeback! This hypothesis has a charm of its own, by the way. The article consciously undermines the element of reality in the story of the movie. Super 30 is about the life of Anand master, the teacher who helps children from backward economic circumstances by teaching them, to qualify for admission in IITs and other high profile institutions in India. Anand Kumar started his Super 30 programme in 2002 in Patna in the state of Bihar. Many of his students, the fellows of Super 30 have already in top positions across the world, who became leading forces in the growth in of economy and technology.
Anand Kumar was attacked many times by those who wanted to curb the movement of free education to worthy students irrespective of their financial background. Those who wanted to thwart the force the knowledge are still on the prowl, I think. The attack on Hrithik Roshan's movie and the attempt to slam the actor is just another chapter in this historical movement.
According to Anand Kumar, the news about Super 30 first appeared in international media, like the New York Times. Only afterwards, did the Indian media noticed this redeeming educational mission.
Personally, as an educator myself, I feel connected to the story of Anand Kumar. From what I understand, his idea of education is not just a classroom experience that culminates in a board exam. Anand Kumar uses education as a powerful tool to fight poverty. The power that he gives to his Super 30 is the antidote to the chains of poverty.
I came to know about Super 30 through a documentary produced by Al Jazeera Television. I found it on YouTube. I shared the documentary with some of my colleagues and when the movie came out, I located an interview with Anand Kumar and shared it with them again. I think it's a sacrilege to discuss Hrithik Roshan's comeback with a movie like Super 30. This movie is the rise of Anand Kumar into the collective consciousness of the Indian psyche. Hrithik Roshan can make his comeback with his next Krish movie. That's not a problem at all. For the faceless and largely ignored community of educators who are serious about their work, Super 30 is the beginning of a new era, probably. It must be. It is important not just to those teachers but also to those students as well. What Amir Khan did with Tare Zameen Par, is repeated on a larger scale with Hrithik Roshan's Super 30. These are what I call the 'eye-opener movies' of India.