CUT DOWN TREES AND FORGET ABOUT NATURE 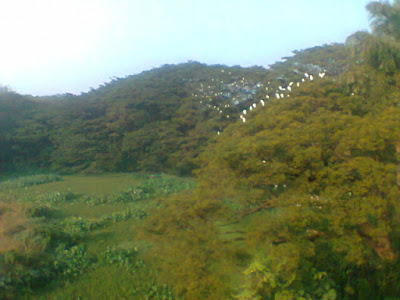 Nature has a way of doing away with its problems. Man has looked at these ways with extreme disapproval, calling it disaster, natural calamity, etc.

It's been the way in English language, or perhaps most of the languages in the world, to address the totality of humanness as 'human nature'. We often say, it's my nature or it's natural for me to do this or that. Are we justifying ourselves using this term, as if being in harmony with our true nature is somehow rewarding?

Is it what we see outside? Or is it the real stuff that is inside of us? Is Nature a dictating force, like school teachers, parents or governments? 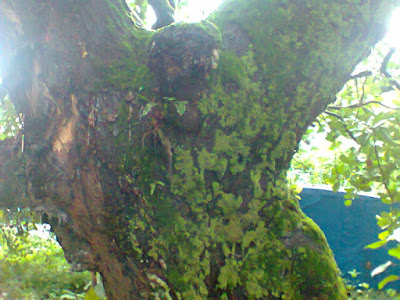 Tomorrow (June 5) is World Environment Day (WED). It seems, as an observer, when I contemplate, that this day is purely celebrated for asserting our awareness that we, humans are somehow superior to Nature. Why else would we even consider a day to commemorate it, to freshen up its memory in our minds?

When  we celebrate Mother's Day or Valentine's Day, do we actually think about "preserving" or "protecting" those people in our lives? Perhaps yes, but in a way that is not the same as we think about nature. Here is a fascinating quote that may help you open the doors of your mind towards a new possibility. This quote is attributed to Albert Einstein. “A human being is a part of the whole called by us universe, a part limited in time and space." In Einstein's words , our existence is inclusive of Nature not exclusive. And from these words one can also surmise that the term Nature is often misinterpreted as the environment of the earth alone, the planet we inhabit. Einstein makes it clear that our existence owes to the whole universe itself. In other words, it would not be inappropriate to include the whole universe into the sense of 'nature', a totality.

I would like to share with you a piece of poetry that arrested my thoughts and took them to a new level of clarity.
"Because the lovely little flower is free
Down to its root, and, in that freedom, bold;
And so the grandeur of the Forest-tree
Comes not by casting in a formal mould,
But from its own divine vitality."
["A Poet! He Hath Put his Heart to School"__William Wordsworth]

William Wordsworth has a unique way of using Nature as a metaphor and a theme. With an ease specific to his poetic genius, Wordsworth sends these lines to our consciousness to remind us again and again, even after centuries of his demise, that Nature has an order of its own. Like human beings and our innate desire to be free and independent to execute our choices, Nature too has a Divine mission to unfold its true glory in a way that is uncontrolled and not formal.

It is in that freedom that Nature redeems its own existence, and not in human interference.  However, an idea such as 'protecting environment' instantly pulls back any attempt to free Nature from cultural intervention. What else can we call these "concerns" over degradation of nature other that "cultural intervention"?

It is a fact that human interaction is only helping the imbalance of nature, if such it can be called. We all know what I mean by "It". We live in a world conditioned to believe that earthquakes, snow-melts and Tsunamis occur due to environmental degradation and atmospheric pollution. Cutting trees for example, we teach in schools, had caused severe damage to our ecosystem. We have no shortage of words to explain these things, this awful situation.

It will come and get us, one day, we teach our classes. 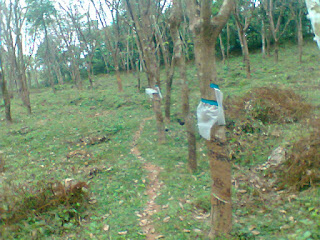 How many of us really think if those trees we plant on each WED are really useful to Nature or to those beings dwelling in it? After all, we all are part of Nature. Remember that quote by Einstein? So the real question is, how many trees we plant each year are not harmful for the environment of a specific locale? For example, in Kerala, during the 90s, planting acacia was a trendy term. Government funding was initiated to execute this 'revolutionary idea'. It was a nice feeling; the government was planting acacia trees all over the place, wherever trees could be planted. Roadsides, school-grounds, and other open spaces were preferred. No one knows who, someone gave the orders.

Now, people complain that groundwater levels have gone down. Wells dry. Here in Kerala, folks resort, for the most part, wells for their drinking water. Is acacia responsible for the drying up of wells and the dry weather? Some people say, yes, it is. However, the scientific community, the little that is left here, hasn't undertaken any serious effort to study the impacts of specific species of trees in different localities. Rubber trees, for example, boosted up Kerala's economy. But they also dried up the ground water, and left the ecosystem close to their plantation area dryer. 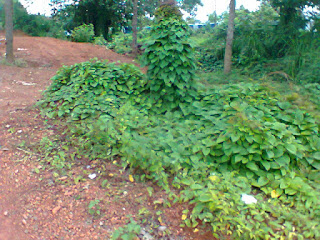 It is layman's knowledge that if we left a place for a considerable period of time without any human activity, the area would be possessed by nature, in its various true forms. That need not be trees alone. A bunch of small brushes would do. One does not need to be a scientist or expert to know this. Human interference, in whatever way our culture dictates, like planting trees and building ecosystems or parks, is not needed for this process.

Nature has a way to go around obstacles "from its own divine vitality." This divinity is what seems to be missing when we deal with nature. It is overlooked, most of the time. This happens because we are so damn sure of what we know and what we could do about it. Humanity's greatest achievement is the ability to use words to record the past. Humanity's greatest failures is to forget the past. We live with this paradox each day. Generations come here, on this planet and live their lives, knowing they will one day forget to look at something our ancestors were so clear about. What was clear is now forgotten. What we should forget, is exactly what we remember and execute each time. We must forget about helping Nature make a comeback. Just give it time and space. It will comeback. On its own. Nature only needs some time. The concept of comeback itself is irrelevant when we look at Nature inclusive of humans. We are the most powerful species on the earth, and due to that very reason, so is Nature. 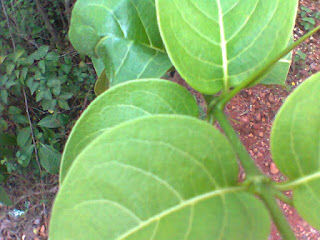 It's time to cut down those trees we planted simply to show off what was fashionable or political correctness. It's time to just let Nature be.
- June 04, 2015

A provocative article! I partly agree and partly disagree with it. I disagree with the fact that 'we are superior to nature', we are part of nature, then how can we be superior or inferior? Secondly, we are talking about "preserving" the nature not for nature's sake, but for us. Nothing will happen to the nature, even if the entire human race disappears from here. So, it is because of our 'selfishness', the selfishness to maintain our control on the biological homeostasis that we talk about environmental degradation. And it is a fact that we can somehow decrease the problems. Don't you agree that if you plant some trees around your home you will get some kind of refreshing air in summer? So, environmental 'protection' (protection from our own activity) is needed.

Absolutely Agreeable .. Every Year We Face Numerous Environmental Issues Due to Afforestation . I hope we can Preserve Mother Nature for our Next Generation .