Aiming the Impossible: An Artist's Memoir-VI When you are alone and feel like holding on to something, you’d better look for yourself. I was alone there, then, at the bus shelter.
Yet, I was visible and present. For me, being present meant something else too, other than just breathing, eating talking with people and writing exams: painting. I found myself in that pale and lonely night doing graffiti on the wall of the bus shelter.
The following morning brought some admirers with its first light for the graffiti; the picture of a man standing in front of a dark box within a pale background. For the ones who looked more closely there was a surprise too. Within the dark box, there was a pair of secret eyes, addressing directly at the admirers, leaving the observers with a horrible sense of vulnerability. But no, no artist is sure of what he had achieved with his work of art. His success is that single moment when he realizes his finished work. But I was sure of one thing; my father would come to the bus shelter for getting his bus to Kannur.
I left the shelter at nine in the morning, just one hour before the time my father would arrive at the bus shelter. And by the time I had earned about 50 rupees from the contributions made by the admirers of my graffiti work. Most of them were curious to see what the young man in their neighbourhood had done. For the villagers, I was not an artist, not the man with colours, but just a jobless young man, who now had done something curious on the wall of the public bus shelter. I was no way close to the real “I” in their eyes. Sometimes, strangely, what one becomes in life is inextricable from what others think of one, especially parents. Taking up this theory, the absence of the “I” was justified.
After spending the rest of the day in Kannur beach, in the evening I went to my usual road side tea shop. There I met the writer, who was there the day before yesterday as well. What I felt different about this person (in whose blog now you read these words), was his eye for wisdom. 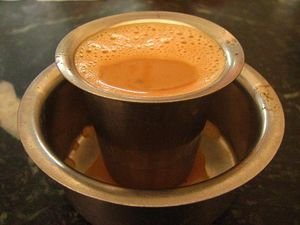 “Writing is part inspiration and part memory,” the writer said. “The memory of a distant self that one believes once he was. But in my case, that self is a vague word, an apparition which at once scares me and fills me with hopelessness. There is no time in my life any more. The more I worry about making a living, the more time slips away leaving myself strayed from the path I wanted to walk; writing.”
He seemed wanting to talk about something that worried his life. Perhaps he was looking for a companion to share his problems. I was not sure if this was the same thought that went through his mind. However, it was the same I thought of doing then. But something stopped me at first in sharing my story with the writer. I always felt that in order to share something, I must first take care of the proud emotional self. That proud self might find it degrading me sharing something. It's always concerned if I could go vulnerable once I shared something crucial. I could not tell him what I am, jobless, since it unravels the wounds of the proud emotional self. So I lied. “I am an art teacher, at the , in Kannur. I do it for money, for sustaining my life. Being an artist and art teacher are different things, entirely.”

I was, I thought.
“Nobody knows what I feel in my mind. Perhaps you would know, because you are an artist, too.” I said.
He seemed lost in thoughts for sometime. Then he said something that I could not make out. But one word caught my attention: “Write.” It was an imperative. A sense of happiness came over me, euphoria. Sometimes what we feel is like how we deal with seasons. We live through every season, have been aware of all the measures that should be taken during each season and know what should be sowed and reaped in each season. But each time, each season leaves us bewildered, with its unpredictability.
Pacha’s memoir concludes here.
- November 20, 2011

I really enjoyed this section of Pacha's memoirs. I have gained so much from reading all of them.
"That proud self might find it degrading me sharing something."
These words are so profound to me.
He has articulated a very true feeling that I am sure so many of us have.
I could comment on so much more. But there is not enough room or time.
The next time you see him please give him a hearty handshake ( or what ever type of greeting you do), a sincere thank you for putting aside the proud self and allowing you to share his memoirs with all of us who read your blog. And hello from me.

I am sure he follows each of your comments Tia. And I sure will let him know how far his words reached.
hugs,
ME HO