Aiming the Impossible: An Artist's Memoir-III 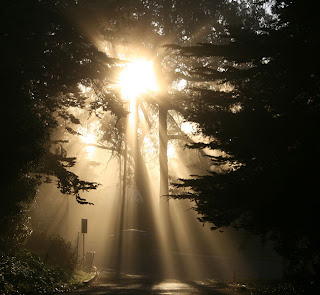 My father decided it; I, his invisible son, will write the bank test.
He bought the application, paid the fee and asked me to attend for a coaching class that prepares candidates for the test for bank clerks. It just happened so, as if I never existed, not the ‘I’ my father’s psychopathic mind could see now, but the ‘I’ who is an artist, who is always a vaguely reflective crystal surface in front of him.
I found no reason why I should tell him I could spend my time and money in a better way somewhere else. I was invisible. My voice would only seem wind-howls which meant nothing.
It was quiet on the day, my mind. It had stopped communicating with me. I was in my room looking blankly at my new painting which I titled the “Impossible Flight”, where I depicted a pigeon flying with a jet airplane. The impossible pace the pigeon took in the picture had given it a look that was close to an eagle. It was a pigeon transformed into an eagle.
“It’s time to go. Are you not dressed up yet?” Father asked. He was talking about the coaching class. As if the coaching class is absolutely normal. It is never close to normal for someone like me, but unfortunately that ‘me’ did not exist at that scene. “No. I am not coming.” Out of nowhere, as if the sun shows its diamond ring in its sudden lurch after a solar eclipse, the artist “I” jumped out of his hiding.
“What are you saying? Are you hoping God would help you? Then spread your hands and wait; let me see who would to help you.” He said all at a stretch as if he knew this moment in the past itself and rehearsed it well to suit it. I did not believe in God; because I couldn’t believe something I could not see in colour and texture. I thought it that way.
I am progressive. There is no guarantee in a progressive person’s life when and where one becomes his enemy, like what happened that day with my father.
Just then he gave me a push. I went flying out of the door to the verandah, feeling something heavy in my heart. The weight in my heart might be due to the shock of the sudden push. However, Instead of thinking about father’s behaviour a movie came to my mind. I could not recollect its name, but I remembered its characters, all of them having special abilities, some pushing others away without even touching them!
There must not be any mention of my father or family when I talk with anyone about the whole issue. I had decided it prior to meeting John Varghese, one of my friends, a spiritual teacher and the proprietor of Maruthi automobiles Mechanical Showroom, Kannur section.
Without asking much questions, he said: “I understand your situation. Something similar had happened with me too. But that was long back when I was about to take huge decisions in my life, when I was a youngster. Now I am 50, but even now the thought of those days fills me with self-respect. I dared to follow something no one else believed worth following. You are doing the same.”
{Will be continued in the next post}
- October 22, 2011

This story is so moving...just when you think no one has had an experience like yours...half way around the world to one degree or another...there it is...the similarity exists...

Looking forward to the continuation.

Happy Diwali
to you and your family :))

Thank you Tia..
Happy Diwali to you too Anya!!!