History is not a novel. But it has all the essential ingredients that could enthrone it as one. It has bad guys and good guys, pretty chicks and poisonous virgins who hide snares for trapping the good and miserable alike. History has been in use in Indian novels in English is unavoidable terms and some noteworthy attempts has been made in the direction of experimentation with history, the historiographic metafiction, ever since the publication of Salman Rushdie’s Midnight’s Children in 1981 and the historical novels of Amitav Ghosh. Something like this is in action in Ashwin Sanghi’s Chanakya’s Chant.

In Chanakya’s Chant, history parallels the present. The novel’s story swings between two periods in time, “Present day” and “About 2300 years ago”. The Prologue of the novel, although pictures an off-putting hospital scene with an octogenarian in his sick bed, watching the political “Ram Leela” of the contemporary Indian democracy, the oath taking ceremony of a lady prime minister, Cnhandni, a figure with its verisimilitude with Indira Gandhi. The first chapter takes the readers to “Pataliputra, the capital of , the great Brahmanic empire in the cradle of the beautiful valley in eastern Bharat.” (2) And from here the novels takes the readers to a fascinating journey through the ancient and through the life of Chanakya, one of the greatest political thinkers Indian has ever produced. The writer identifies as Bharat, as if it is another name for in the ancient time and no more in use. Here the novel becomes so cheesy that one might think about putting it aside. But wait much of the fun is reserved for later.

The book shows attempts of experimentation, as well. It uses quotes from other authors and eminent personalities as part of the dialogues and conversation by the characters, a list of which is given as an index at the end of the book. The well researched novel follows Salman Rushdie’s pattern of listing its references at the end. In his novel, The Enchantress of Florence, Rushdie attempts the same. Although it seems little short of paradox to stick with the well researched base of facts, after such a quote being used as, “any clod can have the facts, having an opinion is an art.”

Chanakya’s Chant connects past and present through a subtle intertwining narrative technique, a plane crash after which Gangasagar found the granite tablet on which Chanakya’s Chant was inscribed. Chanakya’s chant appears thereafter throughout the novel, giving it a Hindu propaganda touch. The novel portrays ancient as the hub of Brahmin domination and the glorious Hindu tradition and the novel poses the risk of crossing the borders of secular ground. Sanghi’s first novel The Rozbal Line [2007] too dealt with the delicate petals of historical consciousness, a propagandist attempt to assimilate the History of Jesus into the web of Hindu epics. Sanghi published this book under his pseudonym Shawn Haigins. Subsequently, this book was published in 2008 and 2010 under his own name.

Character construction too is not much cared for. Some characters pop up from nowhere and disappear after their role, without much explanation, except Chanakya and Gangasagar. With witty remarks and thought provoking cunningness, Chanakya’s character entertains both brain and adrenalin at a time. In the “Present Day” Gangasagar, the mimesis of Chanakya is portrayed as the contemporary Chanakya with all the vices of an Indian politician. This technique undeniably provides the writer with ample scopes for constructing a political satire, and he has done his job well. Moreover, Saghi has described through Gangasagar and his attempts to gain power certain truths about Indian politics. However, attempts could be perceived in the direction of entertaining certain archetypal north Indian myths about South Indians. The scene that describes the moment when Gangasagar, the god father first meets Menon, who later becomes his secretary, ridicules the Keralite slang of English. Gangasagar’s character reminds of Don Vito Corleone of The Godfather by Mario Puzo, perhaps a conscious attempt by the author.

At a time when the Indian politics is undergoing a major transformation through Anna Hazare’s movement, this novel presents an artistic opportunity to unveil the political dark games played within the nation. This novel ignites hopes for more endeavors directed towards unveiling the lies and dirt behind the shining draperies of Indian politics. If Rushdie’s Midnight’s Children is a novel with its political correctness, Saghi’s novel smashes off the any kind of political masquerade with utmost brutality, which would lead any reader to rethink his or her trust on any political party or group. 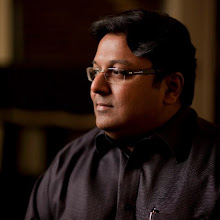 This review is a part of the Book Reviews Program at BlogAdda.com. Participate now to get free books!
- August 27, 2011

Excellent.this review comes at a perfect timing. what better than a wet weekend, can i choose to read through!
Thanks!

Sounds great! History combined with fiction is always a different style and had a mammoth impact on the readers. Cant wait to lay my hands on this one.