REWIND AND PLAY BY TARUN GAUTAM: A Different Approach to a College Story 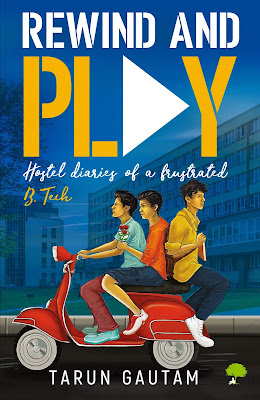 Rewind And Play does feel like it's inspired by real events although the author does not claim any such thing. It's a story about survival, homecoming, and the importance of friendship. The novel is written in a humorous and lucid language. A reverberating college story is at its centre. However, in its nature, it far exceeds the limitations and clichéss of all other college stories available in India. Tarun Gautam sketches the life of Raghav who lives with his wife and two children in the US. His only focus is to expand his career.
Raghav is at the pinnacle of growth in his career when we meet him for the first time. Gradually, we see how a turn of fate turns his life upside down. His family had to be flown back to India. He had to embrace the hard realities of living a life in another country.
However, an invitation for a get-together from his old college mates finds him disinterested in any such activity. Due to his recent tragedy, Raghav is not in a mood to accept such invitations as a get-together with friends from college. He even wonders how so many of his college pals are in the US, either working or living in this country.
This becomes a reminder of how the present youth of India visualizes their lives. Most of them dream to be a part of the great American dream. One will see Tarun Gautam subtly making manoeuvres through the grey areas of the Indian reality.
Reluctantly, Raghav meets his friends, Harpreet, Venky, Nafisa, and Francis. They meet in a restaurant. One of them proposes that they should play a game in order to make the gathering interesting. One by one, each individual starts narrating an interesting incident from his or her college days. Through the unveiling of these stories, we are able to see a very interesting narrative that involves living in an engineering college.
Many books tell us the same story. Mostly, stories in colleges are overwhelmingly romantic in nature. Another scenario is that they might be outright humour. Tarun Gautam made an interesting approach in this novel. He is not giving us a romantic sage or mindless humour. 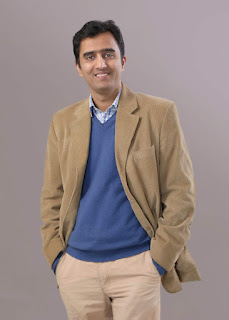 In Rewind and Play, Tarun Gautam gives us a uniquely positive story with nuggets of wisdom and motivation in every episode. With his humorous writing style, he inspires while inviting us to share his philosophy of life, which like the protagonist Raghav, we are also reminded of at the end of the novel.
Tree Shade Books published Rewind and Play. The book is small in size and print legible. It can be read in a moving train and can be taken out while waiting for the long queues to end.  I liked the cover design also.
Tarun is an IIM Lucknow alumnus working for a leading technology firm as a Regional Sales Manager in international markets. He is very much interested in environmental issues and social initiatives. He was part of the "Let's Do it Delhi" campaign, which shared awareness about cleanliness in the city. He recently shared a proposal with the Delhi government to implement Work-from-Home across companies to reduce vehicular pollution and traffic in the city.