THE CRAZY UNTOLD STORY THAT INSPIRES AND SHOCKS: A Review of Sanjay Dutt by Yasser Usman 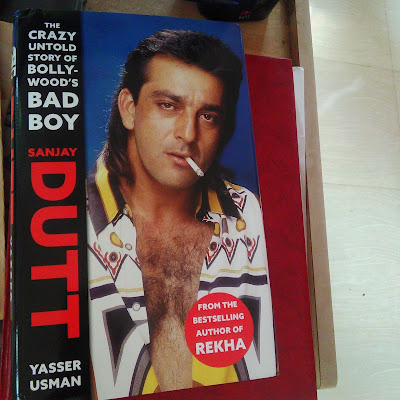 Yasser Usman’s newly released non-fiction book has a subtitle that marks the essence of the narrative: “The Crazy Untold Story Of Bollywood’s Bad Boy.” Sanjay Dutt, one of the major actors in Hindi Cinema has always been at the centre of many political and personal controversies. Yasser Usman’s book unravels all those elements.

Sanjay Dutt is Usman’s third book on Bollywood’s most celebrated personalities. His first one was Rajesh Khanna: The Untold Story of India’s First Superstar and the second one, Rekha: The Untold Story. Apparently, Usman is not new to life narratives about glittering stars of Bollywood. We read books for what not they are but for what we see in them.

My intention was always to get a kick out of novels, fictional narratives with some drama, action, mystery, and suspense. That is what I always try to achieve as an author as well. Whatever creates these elements within my psyche while reading, that works for me. Being a nonfiction book, at first, I wasn’t all positive towards Sanjay Dutt: The Crazy Untold Story Of Bollywood’s Bad Boy. As the pages turned, I paused and said, “Oh man! This is incredible. This is a super awesome book.”

I was reading this book on a train. I forgot how time flew by. Though this book is a work of nonfiction, the writer has infused it with all elements of a thrilling narrative. There are tragedy and humour. There are areas where one is awestruck at the hidden layers of events that made tremendous changes to the history of Bollywood. Backstories of several iconic stars and their films are also discussed in this book, like the actor Madhuri Dixit, Kumar Gaurav, etc. Films such as Sajan, Munna Bhai MBBS, etc. There is mention of the stories related to many films that are iconic in their status when the history of Bollywood is concerned. For example, the film Ghulam is a remake of the Kabzaa, which many of us do not know. Kabzaa was a flop, but Ghulam marked the coming back of Amir Khan and a super hit.

In 25 chapters and an “Introduction,” Sanjay Dutt: The Crazy Untold Story Of Bollywood’s Bad Boy explores the character of Sanjay Dutt and the lives of the other members of the Dutt family. The book also delves into many shadowy areas of Indian politics, like Babri Masjid demolition and the Mumbai bomb blast case. Sunil Dutt’s rock-like stance in the turmoil that the Dutt family faced was remarkable. This includes how the man stood by his son during his time in the jail and the related controversies. The strong father in Sunil Dutt is one of the major attractions of the book. The hardcover edition of the book has 201 pages and the final chapter is aptly titled “The Road to Freedom”. This chapter includes the story of Sanjay Dutt’s release from prison after the Supreme Court verdict that he should be convicted of illegal possession of arms.

Yasser Usman is an award-winning journalist. His experience as a successful journalist reflects in the writing of the book as well. He has included shocking real-life stories behind some major controversies that shock. He has also added a layer of humanist thought that inspires through showing the several downfalls Dutt family had encountered.

For anyone who is interested in a nonfiction book on Bollywood that could be as good as a read as the top thriller book in the shelf, then Sanjay Dutt: The Crazy Untold Story Of Bollywood’s Bad Boy should be your first choice.

Juggernaut publishers dressed Sanjay Dutt: The Crazy Untold Story Of Bollywood’s Bad Boy with a cover that is as dashing as a 1990s film poster. Sanjay Dutt appears on the front cover as well as the back, in both instances, photographs of his younger self. The book also includes some images from major events in Sanjay’s life.

One might also find a rare element in Sanjay Dutt: The Crazy Untold Story Of Bollywood’s Bad Boy. This element is that of an inspirational narrative that I mentioned above. Even after being known as one of the major families in India, the Dutts were never strangers to disasters and family feuds. There are tragedy and stupidity that intervene in the life of the Dutt family. This would rise to the foreground as one is reading the book. Despite the fact that Sanjay Dutt: The Crazy Untold Story Of Bollywood’s Bad Boy is about a star-family in India, the most common of its citizens would identify with the tragedy, the crudities, and the final redemption the family seeks for as these elements are all part of the ordinary human life. The element that makes the book a remarkable achievement is not the information it presents. It is the element of humanism that Yasser Usman incorporates into the narrative that makes Sanjay Dutt a phenomenal read.

Discover more about Sanjay Dutt and the family by purchasing a copy here: https://amzn.to/2qhcpmu

You will now receive a very good discount offer! Buy it here https://amzn.to/2qhcpmu 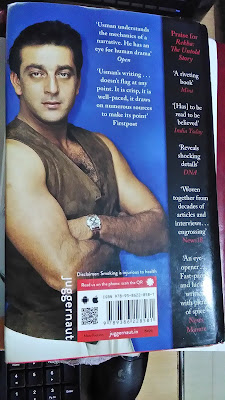 Safe Walk Bangalore, a prominent escort service in Bangalore, invites you to come and explore the splendid world of fun and pleasure. We are 24 by 7 and 365 days available to your service of providing immense pleasure and peace of mind by quenching the thirst of out of the world sexual pleasure.